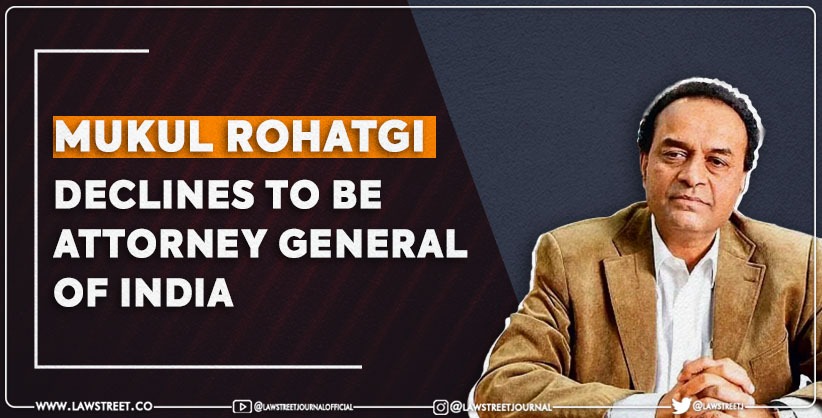 NEW DELHI: Senior advocate Mukul Rohatgi has declined the offer by the Union government to take over as Attorney General for India.

Rohatgi did not specify the reason for his decision for withdrawal of consent.

The term of incumbent Attorney General K K Venugopal is coming to end on September 30 and he had expressed his reluctance to continue further due to advancing age. Venugopal, 91, was appointed as A-G on June 30, 2017 and had been given several extension since then.

Now, the Union government has to look for another suitable candidate to the post of the top lawyer of the country.

Rohatgi had earlier served as the A-G in 2014 for the three-year term.