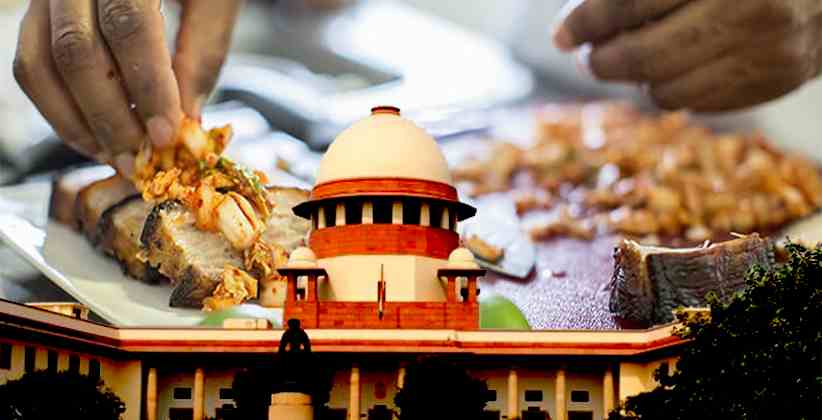 The Supreme Court on the 10th of February 2020 has imposed a fine of Rs. 5 lakhs on the Ministries of Centre and State. The Apex court is angered by the negligence that has been shown in the implementation of the Social Kitchen and Food Security Act 2013. The Ministries that have been fined include Ministry of Law and Justice, Women and Welfare, Social Justice and Empowerment, Rural Development for failing to file an affidavit with details for the steps that are taken for ensurance of food security and community kitchens for poor and homeless.

A 24 hour period extension has been granted to the ministries for filling of an affidavit and if that is administered then the penalty will be laid taken of Rs. 4 lakhs. But the Rain. 1 lakh fine needs to be paid. And those who don't file the affidavits will pay Rs. 5 lakhs

The Hearing has been pending and delayed due to the delay and negligence incurred by the states for over five months. The court says it's unfortunate that the center/states have not responded. A total of only 7 states have filed affidavits on food security and community kitchens that are Punjab, Karnataka, Uttarakhand, Jharkhand, Nagaland, J&K and Andaman. There has been no reply from the Centre till date.

The bench that is headed by Justice NV Ramana has laid down the 24 hour period condition.

The next hearing is scheduled on 17th February, 2020, Monday.