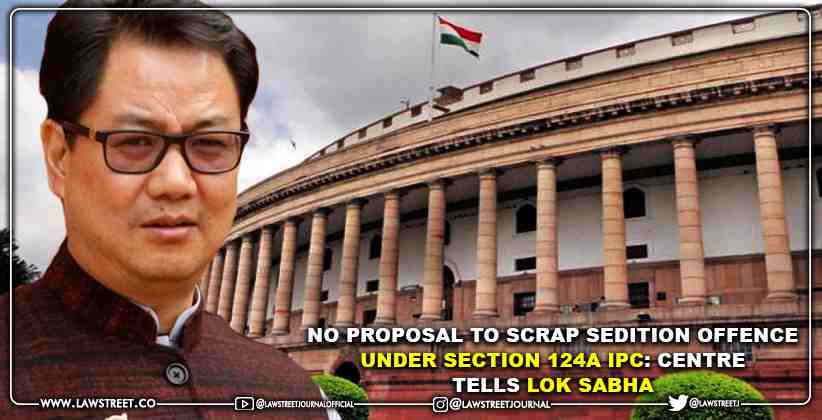 Law Minister Kiren Rijiju on Friday (December 12, 2021) told the Lok Sabha that the Ministry of Home Affairs (MHA) has no proposal under consideration to scrap Section 124A of the Indian Penal Code (IPC) that deals with sedition.

Mr. Rijiju also informed the House that “the question of law” regarding Section 124A is pending for adjudication before the Supreme Court.

“The Ministry of Home Affairs has informed that there is no proposal under consideration to scrap Sec 124A of the Indian Penal Code, 1860. Further, the question of law regarding Section 124A is pending for adjudication before the Hon’ble Supreme Court of India,” the Law Minister said in a written reply to a question that asked if the government was planning to strike it down.

He was responding to a question from All India United Democratic Front (AIUDF) member from Assam, Badruddin Ajmal, who asked whether the Supreme Court had recently termed the sedition law as colonial and made an observation that it is being misused and if the court has directed the Union Government to submit its response on the necessity and validity of this law.

“No such observations have been found in any judgment or order delivered by the Hon’ble Supreme Court of India,” the Law Minister said.

However, he said, in a writ petition, the top court has observed that the “ambit and parameters of the provisions of Sections 124A, 153A and 505 of the Indian Penal Code, 1860 would require interpretation, particularly in the context of the right of the electronic and print media to communicate news, information and the rights, even those that may be critical of the prevailing regime in any part of the nation”.

The Law Minister said the top court, in a writ petition (criminal) issued notice to the Centre, said the petitioners have made a prayer before the Supreme Court for an appropriate writ, order or direction declaring Section 124A of the Indian Penal Code, 1860 to be unconstitutional and void.

“Upon hearing the matter, the Hon'ble Supreme Court vide order dated July 12, 2021 has granted time for filing written submissions and counter affidavit in the matter on behalf of the Union of India,” he said.

“The Writ petition (Civil) No. 682/2021 has been tagged with other matters wherein similar question of law has been raised and are pending for consideration before the Hon'ble Supreme Court,” Mr. Rijiju’s reply noted.

In response to another question on the creation of an All India Judicial Services (AIJS) on the lines of other all India services, the Law Minister said States were divided, with eight States objecting to such the proposal while two States supported the idea.

As far as High Courts (HCs) are concerned, while two are in favour of constitution of AIJS, 13 HCs are not in favour, six HCs want changes in the proposal, Mr. Rijiju said in his reply. 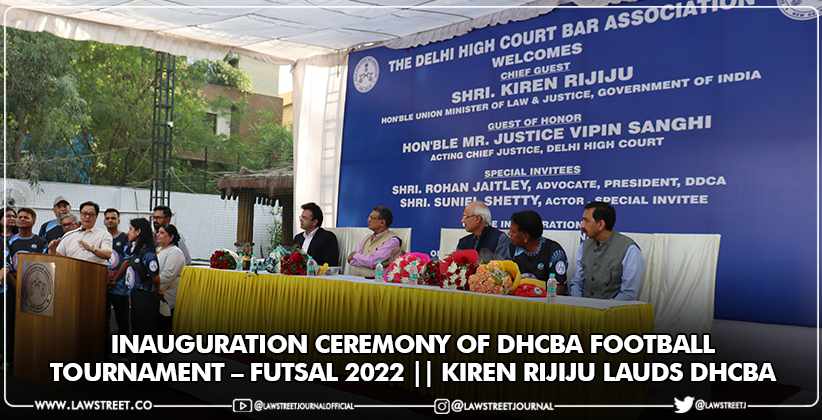