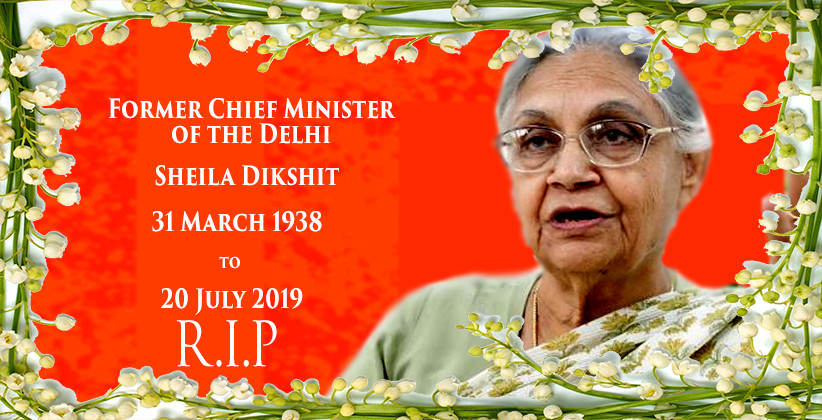 Three-time Delhi Chief Minister Sheila Dikshit passed away today in New Delhi. She breathed her last at 3:30 pm after being admitted to Delhi’s Fortis Escorts Heart Institute this morning. As per reports, Dikshit had cardiac arrhythmia (irregular heart beat) and had to be immediately put on ventilator.

Dikshit was the longest serving Chief Minister of Delhi, serving for a period of 15 years from 1998 to 2013. Dixit was hugely credited for changing the face of the national capital during her 15-year stint as the Chief Minister.

Sources said Dikshit had been undergoing treatment at Fortis Escorts hospital under the supervision of Dr. Seth for the past few years. She had undergone angioplasty in November 2012 and was also treated for infection some time ago.

Dikshit underwent a heart surgery in France last year. Ashok Seth, chairman of Fortis Escorts Heart institute had advised that the procedure be performed at University Hospital in Lille, France under the care of Dr Thomas Modine.

Confirming the development, Congress party tweeted, "We regret to hear of the passing of Sheila Dikshit. Lifelong Congresswoman and as three-time CM of Delhi, she transformed the face of Delhi. Our condolences to her family and friends. Hope they find strength in this time of grief."

PM Modi wrote on Twitter, "Deeply saddened by the demise of Sheila Dikshit Ji. Blessed with a warm and affable personality, she made a noteworthy contribution to Delhi’s development. Condolences to her family and supporters. Om Shanti."