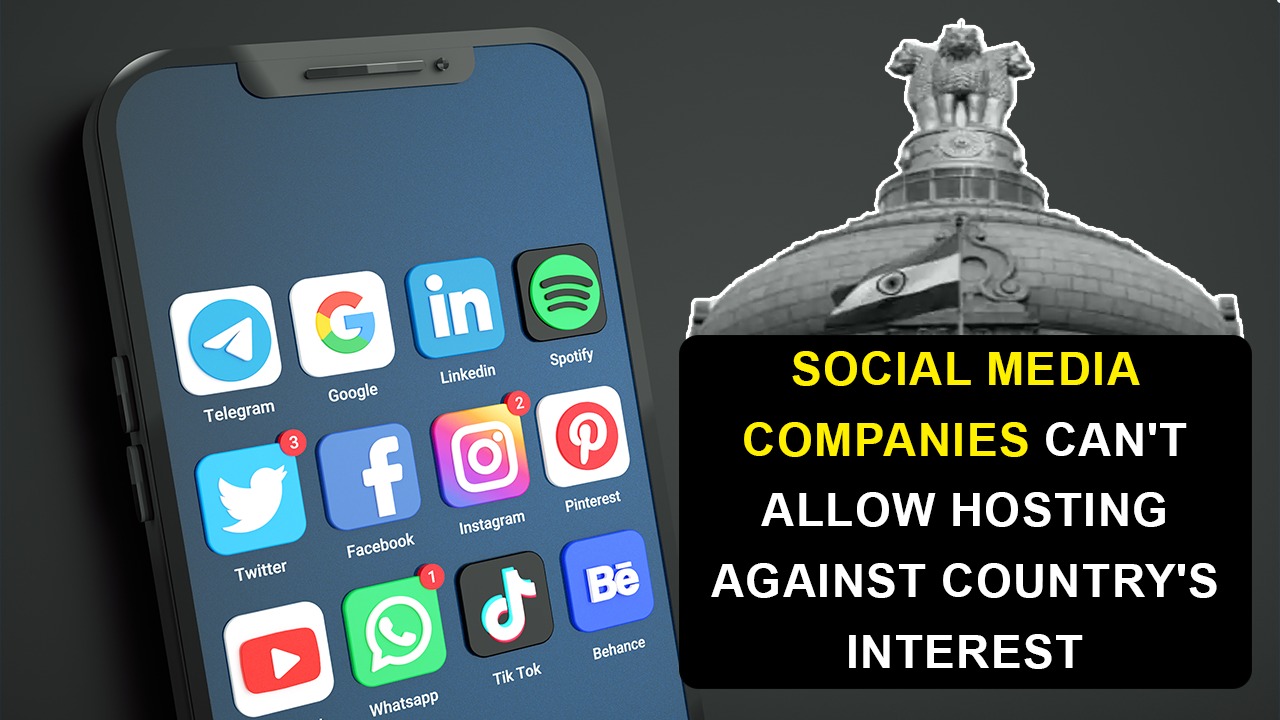 The government also said a centrally appointed appellate panels would be set up in three months to resolve social media users’ grievances.

According to the new rules, the intermediary should inform its rules and regulations, privacy policy and user agreement to the user in English or any language specified in the Eighth Schedule to the Constitution in the language of his choice and shall make reasonable efforts to cause the user of its computer resource not to host, display, upload, modify, publish, transmit, store, update or share any information that,—

(i) belongs to another person and to which the user does not have any right;

(ii) is obscene, pornographic, paedophilic, invasive of another's privacy including bodily privacy, insulting or harassing on the basis of gender, racially or ethnically objectionable, relating or encouraging money laundering or gambling, or promoting enmity between different groups on the grounds of religion or caste with the intent to incite violence;

(iii) is harmful to child;

(iv) infringes any patent, trademark, copyright or other proprietary rights;

(v) deceives or misleads the addressee about the origin of the message or knowingly and intentionally communicates any misinformation or information which is patently false and untrue or misleading in nature;

(vii) threatens the unity, integrity, defence, security or sovereignty of India, friendly relations with foreign States, or public order, or causes incitement to the commission of any cognisable offence, or prevents investigation of any offence, or is insulting other nation;

(viii) contains software virus or any other computer code, file or program designed to interrupt, destroy or limit the functionality of any computer resource;

(ix) violates any law for the time being in force.

Besides, the rules stated that the intermediary shall take all reasonable measures to ensure accessibility of its services to users along with reasonable expectation of due diligence, privacy and transparency.

It also stated that the intermediary shall respect all the rights accorded to the citizens under the Constitution, including in the Articles 14, 19 and 21.

The rules also mandated for acknowledging complaints within 24 hours and resolving them within 15 days. With regard to complaints on removal of information, the rules stated that it should be done as expeditiously as possible and within 72 hours of reporting.

As per the rules, the Central Government would set up one or more Grievance Appellate Committees within three months from the date of commencement of the Information Technology (Intermediary Guidelines and Digital Media Ethics Code) Amendment Rules, 2022.

Such committee shall consist of a chairperson and two whole time members appointed by the Central Government, of which one shall be a member ex-officio and two shall be independent members.