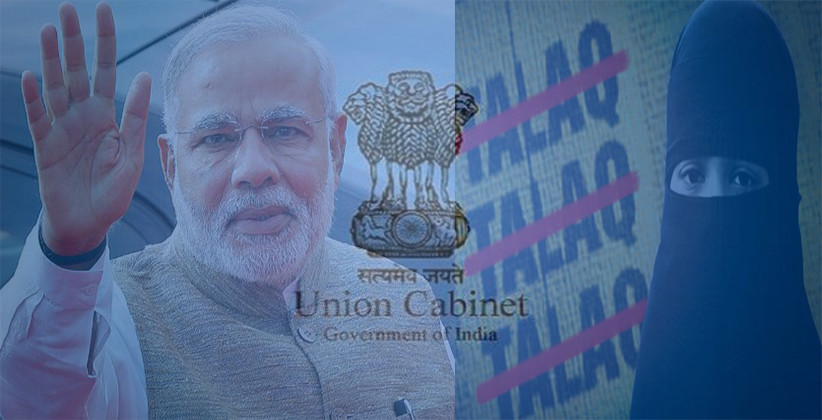 The Union Cabinet chaired by the Prime Minister Narendra Modi on February 19, 2019, approved the re-promulgation of the triple talaq ordinance that makes the practice of triple-e-biddat or instant triple talaq by Muslim men a criminal offence with a jail term.

The ordinance titled as the Muslim Women (Protection of Rights on Marriage) Second Ordinance, 2019, will protect “the rights of married Muslim women and prevent divorce by the practice of instantaneous and irrevocable ‘talaq-e-biddat’ by their husbands,” states the release by Press Information Bureau.

Further, the release also stated that “Promulgation of the proposed Ordinance will provide the rights of subsistence allowance, custody of minor children to victims of triple talaq i.e. talaq-e-biddat.”

The decision to take the ordinance route was taken by the government after the Bill lapsed, failing to get passed by the Rajya Sabha in the recently concluded session of Parliament.