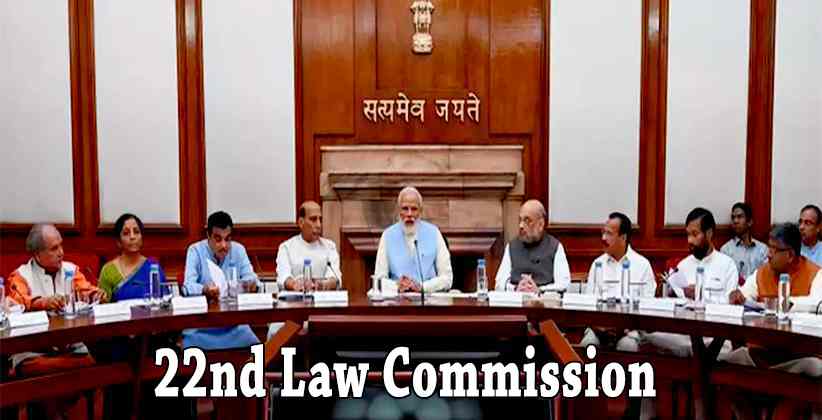 On 19th February, 2020 the Union Cabinet has passed an order for the formation of the 22nd Law commission for the aid and advice to the Government on certain complex legal issues. The term of the 21st Law commission ended in August last year. The 21st law commission was established on 2015 with Justice B.S. Chauhan (retd.) as its Chairman. An official statement said that “the 22nd Law Commission will also have not more than five part-time members,” The statement further added that “The Law Commission shall, on a reference made to it by the Central Government or suo motu, undertake research in law and review of existing laws in India for making reforms and enacting new legislation. It shall also undertake studies and research for bringing reforms in the justice delivery systems for elimination of delay in procedures, speedy disposal of cases, reduction in cost of litigation, etc.,”

Law commission is an advisory body established by the Union government whose job is to bring legal reforms and help the Ministry of Law and Justice in making complex legal decisions. The commission consists of a full-time Chairperson with four full-time members including a member-secretary. It is reconstituted for every three years and so far it has submitted 277 reports on different legal issues. Author- Aditi Dubey