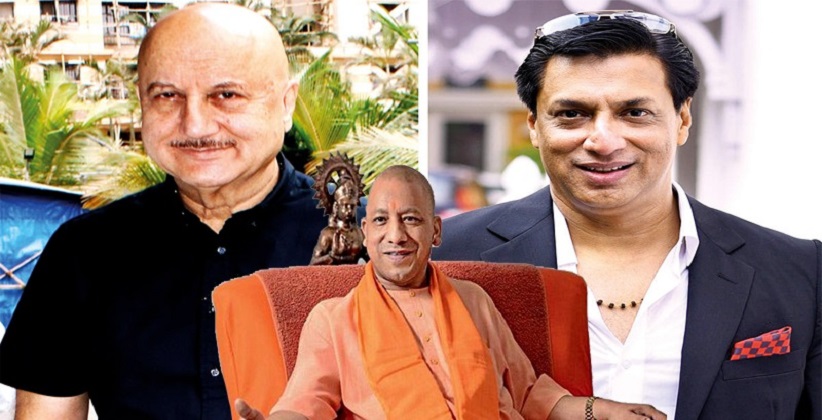 On September 23, 2020, Chief Minister of Uttar Pradesh Yogi Adityanath expressed self-assurance about the proposed Film City in the State and stated that it would live up to the expectation of the industry as he met e celebrities including actor Anupam Kher and singer Udit Narayan to discuss the project. He also said that the State could not meet the expectations of the film industry earlier, but this "shortcoming would be overcome through the proposed Film City in Noida".

According to a tweet by the Chief Minister’s Office during the meeting Yogi Adityanath said that “The Indian Cinema gets a new stage, that's the need of the hour".

The meeting was also attended by other celebrities including director-producer Satish Kaushik, singer Kailash Kher, and Anup Jalota, and lyricist Manoj Muntashir. It was attended by most of them through the video conference while some joined the Chief Minister at his office. In this meeting, the officials from the state's film Bandhu department and Uttar Pradesh film Development Council Chairperson Raju Shrivtastav were also present. Anupam Kher who joined the meeting through video conferencing expressed that the State Government has to adopt a professional attitude towards Film City. Yogi said that Uttar Pradesh is the central point of Indian culture and his Government has improved the connectivity from the other Cities. He further said that the Jewar airport is soon to be constructed over 500acres of land.

In Uttar Pradesh, there were only two airports till 2017. But now there are seven airports which are functional and twenty-five are under construction. The government is checking all the corners and airports are coming up at Azamgarh, Chitrakoot, and Ayodhya.

The Chief Minister has emphasized that the Film City would become the identity of Indian cinema in time to come and said that the area identified for developing the new film city is Hastinapur of Raja Bharat. He further said that it would not just a film city alone but it would be a world-class electronics City and he also proposed a financial City.

Director-producer Satish Kaushik said that until now there is only one destination for the person who wants to pursue a career in the Hindi film industry i.e. Mumbai but now the Yogi government is opening another door which will boost the film industry sector. The artist and youth will have an alternative to pursue their aspirations of making a career in the industry.

Earlier, Samajwadi Party President and former Chief Minister Akhilesh Yadav alleged in a tweet that the present government was trying to take all the credit of the Film City project which was initiated in his term.

Akhilesh Yadav further said in a tweet in Hindi that "the BJP government of the state is now ready with the scissors to cut the ribbon for SP's Film City to take the credit for it but now neither there actors acting is working nor any of his dialogues".