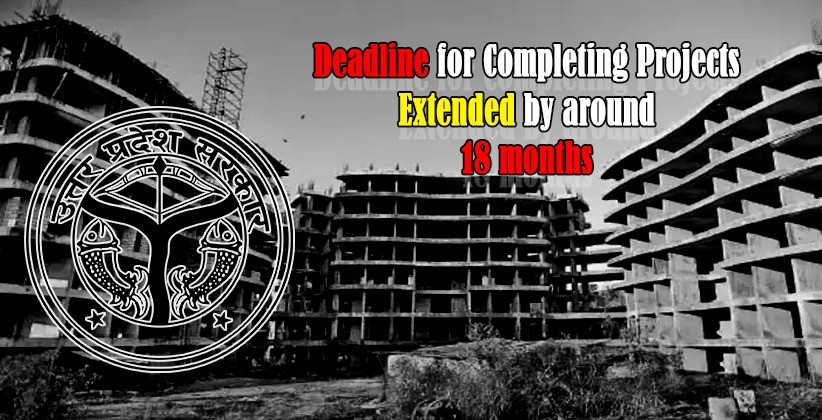 Amidst the Coronavirus pandemic, the Uttar Pradesh Government offered a major relief to the home buyers as well as developers of group housing projects in the National Capital Region (NCR) by extending the deadline for completing projects by around 18 months, to 31 December 2021.

The previous limit, consisting of more than 1,00,000 housing units in Noida, Greater Noida and Yamuna Expressway, given to these projects by the Uttar Pradesh Cabinet in December 2019 has expired on 30 June 2020.

Following the pan-India lockdown in March 2020, due to the coronavirus pandemic, work on housing projects had stalled in the NCR, and developers requested the State to extend the deadline beyond June 2020 in the interest of both the home buyers and the builders.

The developers demanded additional time so that they could complete their projects while taking benefits of the 'interest waiver' policy. Conceding their demands and accepting the ground realities, the Yogi Adityanath Cabinet by Circulation agreed to extend the window of completion to 31 December 2021.

This would provide much-needed relief for the developers to complete their projects without the specter of a default on the deadline, otherwise allowing the respective development authorities to cancel the lease of land and take over the projects in extreme cases, leaving both the builders and the buyers in a lurch.

Meanwhile, the government has also provided for a six-month window for obtaining completion certificates for group housing projects without any penalty. According to NCR-based real estate consultant Venkat Rao, the value of housing projects pending completion in the Noida and Greater Noida regions will be more than Rs 4 trillion, covering at least 1,00,000 units.

He stated, “The extension of the deadline for getting the completion certificates by six months would greatly benefit those projects, which were already on the verge of completion, yet could not be completed due to the lockdown impact.”

“Besides, the decision to provide an extended window of another one and half years would help developers in completing the projects without attracting the penal provisions of a possible cancellation of the lease agreements,”  he added.

On 3 December 2019, the Yogi Adityanath cabinet set 30 June 2020 as the deadline for the completion of housing projects in the Noida and Greater Noida regions that were pending since 2017 to help home buyers realize their dreams of owning a house in the NCR.

At that time, UP State Minister for Industrial Development, Satish Mahana, had said that projects that had been stalled due to litigation in various fora, including the National Green Tribunal (NGT) and the courts of law, or delayed due to procurement policies, would benefit from the scheme, as the extension would be considered a zero-period.

Under the zero-period policy, a builder can claim interest and penalty waivers for the period in which the construction was disrupted due to any legal issue. The builders were ordered to hand over finished units to the buyers by June 2021. The Cabinet decided on the recommendations of the Sub- Committee of Ministers.

RBI gives nod to LIC and Tilden Park to invest 9.9% in Yes Bank