Home Executive UP to establish a Special Security Force with Powers to search and Arrest without any Warrant: UP Government
Executive 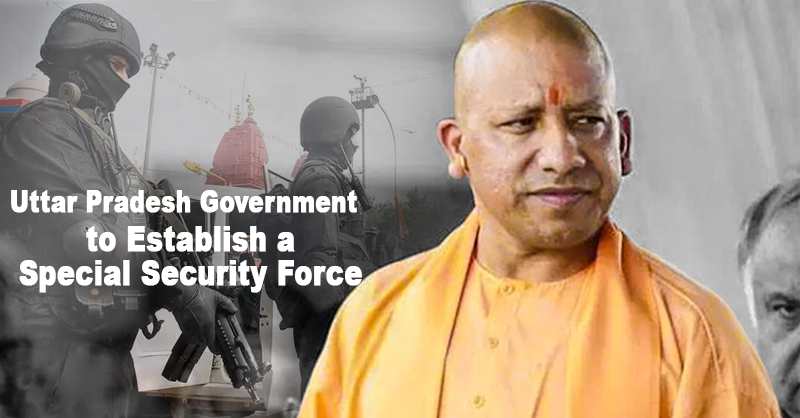 There have been multiple attacks and assassination in different civil courts, magistrate courts as well as in high court in Uttar Pradesh for the past several years. On December 17, 2019, three assailants opened fire in the chief judicial magistrate court of Bijnor which caused the death of an accused and had injured three other personnel including two policemen and a court employee.

A similar incident happened in Muzaffarnagar court in 2015 where an armed man entered into the courtroom and killed a lawyer along with an accused gangster named Vicky Tyagi. Another incident happened on June 15, 2013, in Agra where the Chairperson of Uttar Pradesh bar council Darbesh Kumar was shot dead by its colleague inside his chamber.

A two-judge high court bench observed these incidents and had stated that there are police personnel posted in the court who are incompetent to handle such delegate matter and decided to deploy central forces if the state government would not be able to tackle such issues.

The Uttar Pradesh government released the statement on Sunday, September 13, 2020, stating that the government will constitute a Special Task Force (STF) to be assigned to all the court of the states following the high court order over the displeasure with the past incidents. The Additional Chief Secretary of the State Home Affairs, Awanish Awasthi briefed in Lucknow saying that the government has given orders to build a special task force which may have 9919 personnel in the force out of which there will be five battalions of Uttar Pradesh Special Security Force (UPSSF) in the first phase to be headed by an ADG ranked officer. The total cost estimated is to be around 1747 crore, Awasthi mentioned.

These task forces will be assigned in all the district court, magistrate court, civil court, and high court. These forces will overview to not to cut the loose ends and tighten the security in such court premises. According to the court, these security forces are empowered to take immediate necessary action and have the authority to search and arrest a person without a court’s warrant with a doubt of suspect. The government is also eyeing up to deploy such special forces to metro, rail, airports, educational institutes, administrative buildings to enhance the security level in such areas and make the state a Crime-free one.