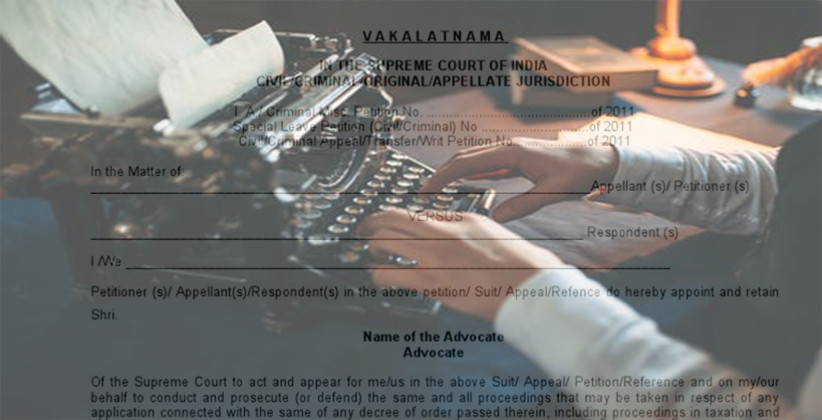 The government of Delhi through a notification dated September 24, 2019, has increased the value of welfare stamp to be affixed on a Vakalatnama to Rs 25. This was done after an amendment to this effect was made to the Delhi Advocates' Welfare Fund Rules, 2001.

The notification published by the Department of Law, Justice and Legislative Affairs of the Government of NCT of Delhi reads that in exercise of the powers conferred by Section 35 read with provisos to sub-section (1) of Section 27 of the Delhi Advocates’ Welfare Fund Act 2001, the relevant Rules governing stamps have been amended by the Delhi Government.

21A. Value and Designs of Stamps-

(1) Stamps shall be printed in the denominations of twenty-five rupees.”

Prior to the amendment, the value of the welfare stamp was Rs 10 for Tribunals, Delhi High Court and the Supreme Court and Rs 5 for all subordinate courts.

The amendment will come into force from the date of its publication in the Delhi Gazette.

Father's Self Acquired Property Bequeathed Or Gifted To Son Retains Its Character Unless The Deed Intends Otherwise: SC [Read Judgment]