[COVID-19]: Volunteers Distributing Food In Haryana To Obtain Prior Authorization From Dy. Commissioner 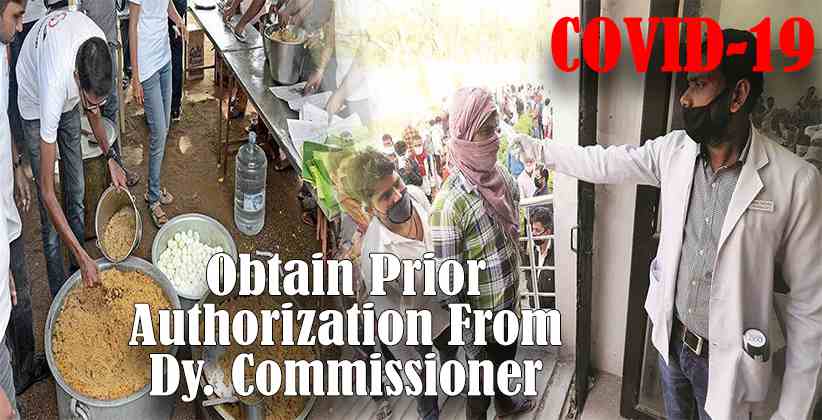 The Government of Haryana, on April 1, 2020, has put in various restrictions on those who are voluntarily cooking and distributing cooked food to poor and needy across the state.

Several people, NGOs, social organisations are involved in preparing cooked meals and serving to those involved in essential services and also to the poor and needy.

Haryana’s Chief Secretary Keshni Anand Arora, in order to, ensure that none of these volunteers is already infected with COVID-19, on Tuesday directed officers to “ensure that every such volunteer distributing food should be first made to go through thermal scanning. Volunteer who is donating food should be authorized by the Deputy Commissioner and should carry out the work of distributing food in collaboration with the police and incident commandment. Proper procedure has to be streamlined and it should be ensured that not anybody and everybody is going out to distribute food”.

The directions were given in the daily Crisis Coordination Committee meeting, through video conferencing.

The directions said, “thermal testing of each migrant staying in relief camps should be ensured”, adding that “a monitoring committee for every relief camp in each district including private persons shall be constituted to keep a check on if the proper system and protocol is being followed for the money being spent by the state government. The committee should also keep an inventory of private donations”.

It was further directed: “A special officer should be deployed for the monitoring of relief camps, especially at night. As night vigil is the need of the hour to control and stop movement of migrants coming through inter and intra-state borders, therefore along with police patrolling, the patrolling done by the Irrigation Department teams should also be intensified.”