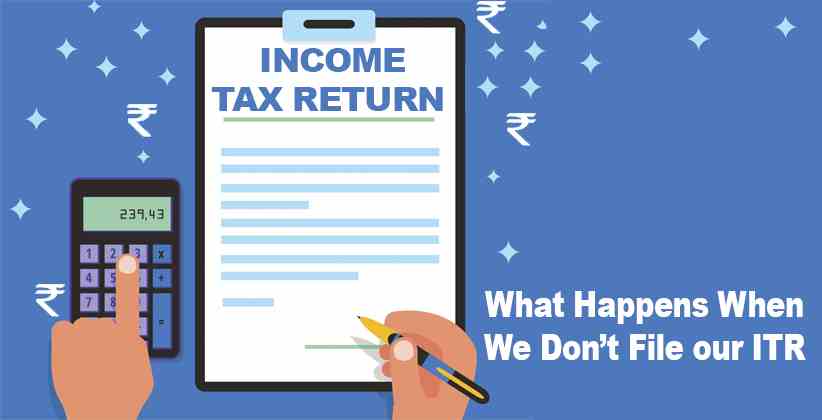 As we are now suffering from a pandemic that is affecting our lives in many ways, the Government is trying to help us by providing us with more time to pay tax and by extending relief from various taxes.

The deadline to pay the Income Tax Return by the Income Tax department has also been extended for the year. In line with this, let us understand the legal provision in the filing of the income tax return and the implications of failing to file it within the deadline.

As per the law, we cannot file the ITR two times in a year. For 2019, the due date for filing the ITR was 31st March 2019 for everyone except for those who come under special provisions.

Due to the pandemic, the deadline for filing the ITR has been extended various times. First, it was 31st March 2020 and then 31st June 2020, but the government may not further extend the deadline as the unlock process has been started and all the other activities will also resume per usual soon.

So, this is the right time to file the ITR and avail the benefits that have been given by the government.

If we fail to follow the deadline now, we may have to face many repercussions like paying the late fee of Rs 10,000/- unless the income is less than 5 lacks in which case the late fee. is restricted to Rs 1000/-.

In addition to the late fees, we would also have to pay the interest on the late payment of unpaid taxes as well as on the late filing of the ITR.

What if the Govt will not Extend the Deadline Further and We Failed to File The ITR?

The government has all the records of our transaction, so if we fail to file the ITR, we will have to face very serious repercussions. The tax department can levy a penalty of 50% of the tax. In addition to this liability, we will also have to pay the interest to date.

Further, the Income Tax Department can launch a prosecution against us for not filing the ITR and subject us to three years of imprisonment which can be extended up to seven years.

What Is Income Tax Return (ITR)?

The Income Tax Return ( ITR) is the document that we file with the income revenue services, in which the income tax board reports the income, process, losses of the business, other deductions, and the details about one’s tax liability or tax refund.