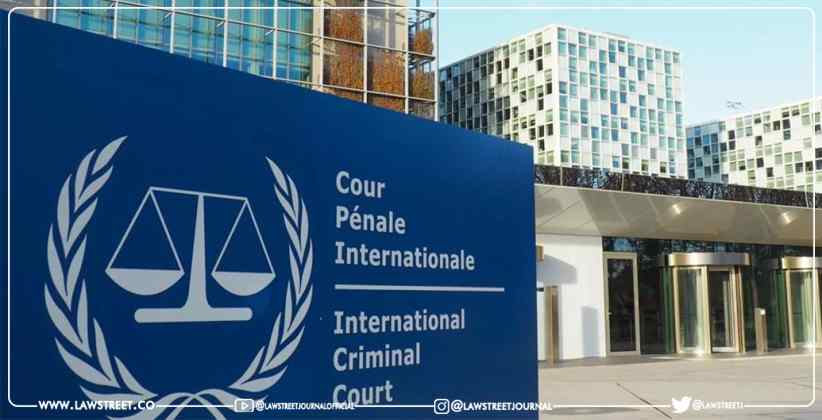 The International Criminal Court Prosecutor has decided to launch an inquiry into the situation in Ukraine, citing a "reasonable basis" for believing that war crimes and crimes against humanity have been committed.

In a statement, Prosecutor Karim A Khan said the investigation will look into alleged crimes committed before the Russian invasion, but added that "given the recent expansion of the conflict, it is my intention that this investigation will also encompass any new alleged crimes falling within the jurisdiction of my office that are committed by any party to the conflict on any part of the territory of Ukraine."

Ukraine had already agreed to the ICC's jurisdiction to investigate alleged crimes under the Rome Statute that occurred on Ukrainian territory between November 2013 and February 2014. Ukraine also expanded this time frame in a subsequent proclamation on an open-ended basis to include ongoing alleged crimes perpetrated throughout its territory from February 20, 2014 to the present.

The court has already conducted a preliminary investigation into crimes related to a pro-Russian Ukrainian administration's violent suppression of pro-European protests in Kyiv in 2013-2014, as well as allegations of crimes in Crimea, which Russia annexed in 2014, and eastern Ukraine, where Russia has backed rebels since 2014.

In December 2020, then-ICC Prosecutor Fatou Bensouda announced the investigation had revealed evidence of "a wide range of behaviour involving war crimes and crimes against humanity within the Court's jurisdiction" in Ukraine. The court's prosecutors, on the other hand, had not yet obtained approval from the judges to launch a full-fledged inquiry.

Khan says he now wants to open the probe that his predecessor had planned and expand it to include crimes committed during the war since Russia invaded Ukraine last week.

Khan said he would continue to follow events in Ukraine, where civilian casualties had been reported, and urged "caution and strict adherence to the applicable standards of international humanitarian law."

On February 24, 2022, U.N. human rights head Michelle Bachelet said her agency has documented that 102 people, including seven children, have been murdered and 304 others injured in Ukraine as a result of Russia's invasion. She stressed that the figure was very certainly undercounted.

Although neither Russia nor Ukraine are among the 123 member states of the court, Ukraine has recognised the court's jurisdiction, giving Khan the authority to investigate.

Khan has instructed his team to look at ways to preserve evidence of crimes, with the next step being to request permission from the court's justices to start an investigation. However, he said that the process would be accelerated if a court member countries requested a probe into what is known as the Referral.

In a similar event, Ukraine has filed a request for sanctions against Russia's military operation with the International Court of Justice.[1]

The ICC Prosecutor Karim Khan's statement can be seen here:

Last Friday, I expressed my increasing concern, echoing those of world leaders and citizens of the world alike, over the events unfolding in Ukraine.

Today, I wish to announce that I have decided to proceed with opening an investigation into the Situation in Ukraine, as rapidly as possible.

Ukraine is not a State Party to the Rome Statute of the International Criminal Court ("ICC" or the "Court"), so cannot itself refer the situation to my Office. But it has twice exercised its prerogatives to legally accept the Court's jurisdiction over alleged crimes under the Rome Statute occurring on its territory, should the Court choose to exercise it. The first declaration lodged by the Government of Ukraine accepted ICC jurisdiction with respect to alleged crimes committed on Ukrainian territory from 21 November 2013 to 22 February 2014. The second declaration extended this time period on an open-ended basis to encompass ongoing alleged crimes committed throughout the territory of Ukraine from 20 February 2014 onwards.

I have reviewed the Office's conclusions arising from the preliminary examination of the Situation in Ukraine, and have confirmed that there is a reasonable basis to proceed with opening an investigation. In particular, I am satisfied that there is a reasonable basis to believe that both alleged war crimes and crimes against humanity have been committed in Ukraine in relation to the events already assessed during the preliminary examination by the Office. Given the expansion of the conflict in recent days, it is my intention that this investigation will also encompass any new alleged crimes falling within the jurisdiction of my Office that are committed by any party to the conflict on any part of the territory of Ukraine.

I have already tasked my team to explore all evidence preservation opportunities. The next step is to proceed with the process of seeking and obtaining authorisation from the Pre-Trial Chamber of the Court to open an investigation. An alternative route set out in the Statute that could further expedite matters would be for an ICC State Party to refer the situation to my Office, which would allow us to actively and immediately proceed with the Office's independent and objective investigations.

I will also be asking for the support of all States Parties and the international community as a whole as my Office sets about its investigations.  I will be calling for additional budgetary support, for voluntary contributions to support all our situations, and for the loan of gratis personnel. The importance and urgency of our mission is too serious to be held hostage to lack of means.

I will continue to closely follow developments on the ground in Ukraine, and again call for restraint and strict adherence to the applicable rules of international humanitarian law[2]

UKRAINE v. RUSSIAN FEDERATION filed in the Registry of the Court on 26 February 2022

Statement of ICC Prosecutor, Karim A.A. Khan QC, on the Situation in Ukraine: “I have decided to proceed with opening an investigation.”