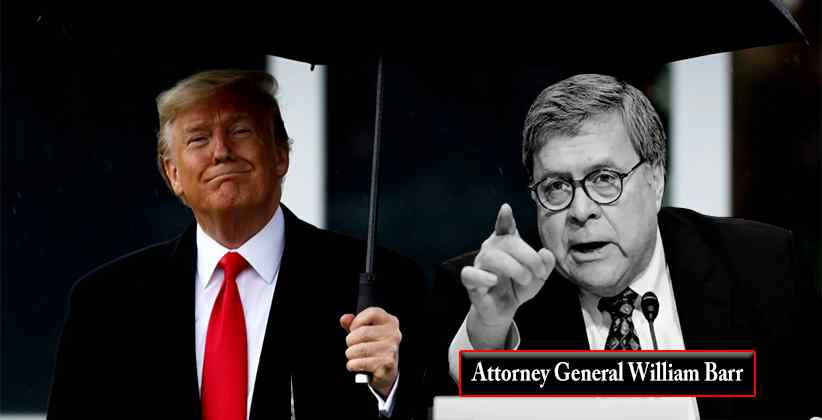 As reported on the 11th of February, 2020 Attorney General of the United States of America, William Barr, in a recent news conference at the United States Department of Justice announced his taking over of the legal matters of interest to U.S. President, Donald Trump including the Stone sentencing that includes the Federal Jury convicting longtime Republican provocateur Roger Stone guilty on charges of thwarting a House investigation in Russia's elections interference in the 2016 U.S. elections.

The US attorney Jessie Liu who had presided over the criminal investigation of former Federal Bureau of Investigation (FBI) Director Andrew McCabe had been abruptly removed from her job in January 2020 and was replaced by a former prosecutor selected by Barr. The former US Attorney has been given the job of an Undersecretary at the Treasury Department. Liu had also supervised the case against Trump's associate Roger Stone. This was one of the recent moves by Attorney General William Barr to take control over the legal matters that are of a personal interest to the President Donald Trump. It was further seen that all prosecutors withdrew themselves from the case and one quit the Justice Department itself on the 11th of February 2020. The Attorney General and his top aides have intervened to reverse the stiff sentencing of nine years that was filed by the Line prosecutors on 10th of February 2020 (Monday). This is not the first time senior political appointees have intervened in a case involving a former Trump aide, officials have reported. In January 2020, officials had intervened to change the government's recommendation for Trump's former national security adviser Michel Flynn's sentence who had pleaded guilty to lying to the FBI.

The unusual moves administered by William Barr have come across as Trump sought revenge against the Government officials who had testified against him after Congressional Democrats subpoenaed them in the impeachment investigation. Following the days the Senate acquitted him, Trump has fired several officials out of the White House.

"I've never seen this happen, ever," said Gregory Brower, a former U.S. attorney for Nevada and senior FBI official. "I'd be shocked if the judge didn't order the U.S. attorney to come into court to explain it."

Across the country and globally, critics have questioned Barr's decision to step into a case that involves a longtime friend of Trump.

David Laufman, a former counterintelligence Chief for the Justice Department, on Twitter called it "A shocking, cram-down political intervention in the criminal justice process. We are now truly at a break-glass-in-case-of-fire moment for the Justice Dept."