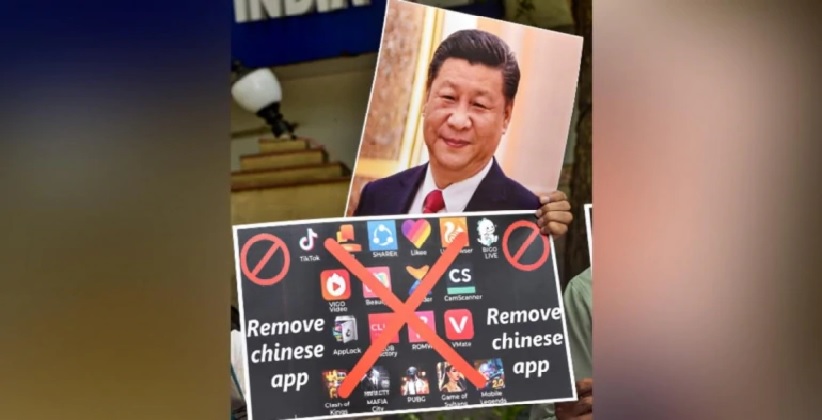 On Thursday 2 July 2020, China said it hopes that India would correct its “discriminatory” actions against Chinese companies. The statement came 3 days after India banned 59 mobile apps, most of which are Chinese or have links with Chinese data servers.

The Indian government banned the apps on Monday 29 June 2020, citing that they were “prejudicial to the sovereignty and integrity of India, defense of India, the security of the state and public order.” Though the government was mulling over the issue since early June, the decision came after violent clashes took place between the Indian Army and People’s Liberation Army.

Reacting to the ban, the Chinese government, on Tuesday 30 June 2020, said that it was “strongly concerned” about the ban and such actions will prove to be against “India’s interests”.

In addition to this, a Chinese economist connected with a think tank in Beijing said, “Hi-tech FDI from China legally flew into India, and was welcomed by the Indian government. But now, without going through any legal process or necessary warning, the Chinese FDI has been blocked overnight.” He pointed out that the Indian decision violates WTO rules.

Clarifying about the impact of this ban on other foreign investments in India, the foreign ministry spokesperson Anurag Srivastava said, software and internet applications firms in India “have to abide by the rules and regulations issued by the relevant ministries and departments, including those pertaining to data security and privacy of individual data.”

India welcomes foreign investments and has one of the most open FDI regimes, “but this will have to be in accordance with the rules and regulatory framework established by the government,” he added.

A professor of economics in Jawaharlal Nehru University, Prof. Biswajit Dhar, said that China cannot sue India for banning these apps as it will lack sufficient and reasonable ground for instituting a case in WTO. He added, “The apps are not likely to be protected by any forms of Intellectual Property Rights. Chinese firms could have claimed the apps as their assets, but we don’t have an investment treaty with China and investments are not under WTO’s purview. Had we joined RCEP (Regional Comprehensive Economic Partnership), which includes an investment agreement, things would have been different.”

On Tuesday 30 June 2020, Chinese foreign ministry spokesperson Zhao Lijian said, “China is strongly concerned about the relevant notice issued by the Indian side. We are checking on and verifying the situation.”

“The Indian government has the responsibility to uphold the legitimate and legal rights of the international investors, including the Chinese ones,” he added.

India accounted for roughly 30 percent of the total 611 million downloads of the Chinese app TikTok, reported the state-controlled China Daily. The ban will pose as “a big stumbling block” for Chinese internet entities, which are completely dependent on the number of users and online traffic on their platforms to gain a market position overseas, said Raymond Wang, partner at consultancy Ronald Berger.