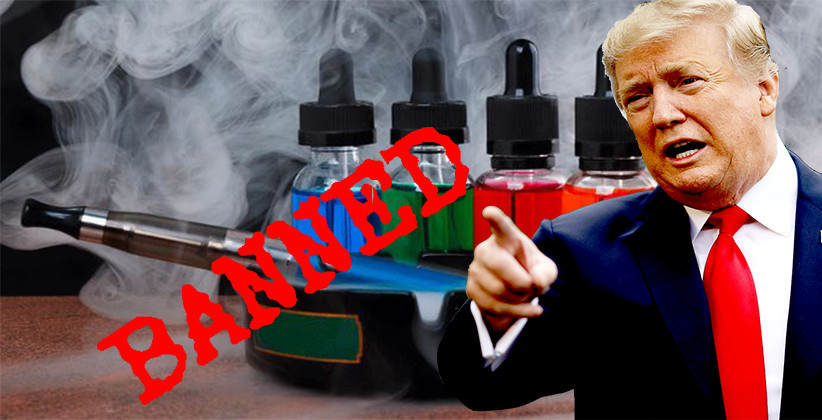 US President Donald Trump on September 11, 2019, has announced that his administration will ban flavoured e-cigarettes, after a spate of vaping-related deaths.

Trump and top US officials expressed concern about surging teenage use of e-cigarettes, and the move comes as health officials are investigating a handful of deaths and potentially hundreds of lung illnesses tied to vaping.

Health and Human Services Secretary Alex Azar said that the US Food and Drug Administration was working on a "guidance document" that would lead to a ban of all e-cigarette flavours aside from tobacco flavouring.

"Once the FDA would finalise this guidance, we would begin enforcement actions to remove all such products from the marketplace," Azar told reporters during a meeting with the president and first lady Melania Trump in the Oval Office.

The significant move by the White House comes after more than a year of mounting pressure from lawmakers, public health advocates and parents looking to end marketing of products aimed at youth.

Mr. Azar said that the ban would include mint and menthol flavouring as well as bubble gum, candy, fruit, alcohol and other flavours.

However, tobacco flavouring would be allowed to remain, subject to companies` filing for approval from the FDA. Even that would be at risk if the government determined children were attracted to it or that it was being marketed to them, Azar said.

During the announcement, Trump told reporters his administration would implement strong rules to protect "innocent children,” including his 13-year-old son Barron.

"We can't allow people to get sick and we can't have our youth be so affected," Trump said adding that he hoped the announcement would make parents become "tougher".

"People are going to watch what we're saying and parents are going be a lot tougher with respect to their children," said the president.