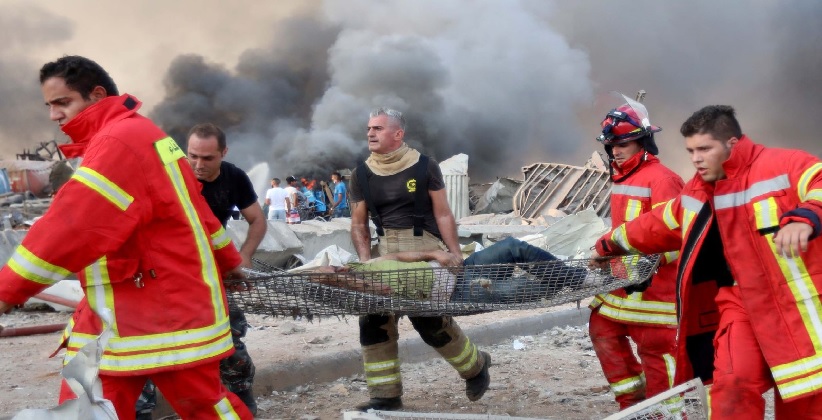 President Michel Aoun said that 2750 tons of ammonium nitrate, used in fertilizers and bombs, had been stored for six years at the port without safety measures and also said that it was unacceptable.

The Security Chief while speaking to the reporters declined to speculate about the cause of explosion by saying “we cannot preempt investigations”. The security source said victims were taken for treatment outside the city. The government said it was still struggling to establish the magnitude of the disaster. There are many people missing.

An investigation is underway to find the exact trigger for the explosion. Lebanon’s Supreme Defence Council said those responsible would face the maximum punishment possible.

President Aoun declared a three-day mourning period and said the Government would release 100 billion lira of emergency funds. The blast was heard 240 km (150 miles) away on the island of Cyprus in the Eastern Mediterranean.