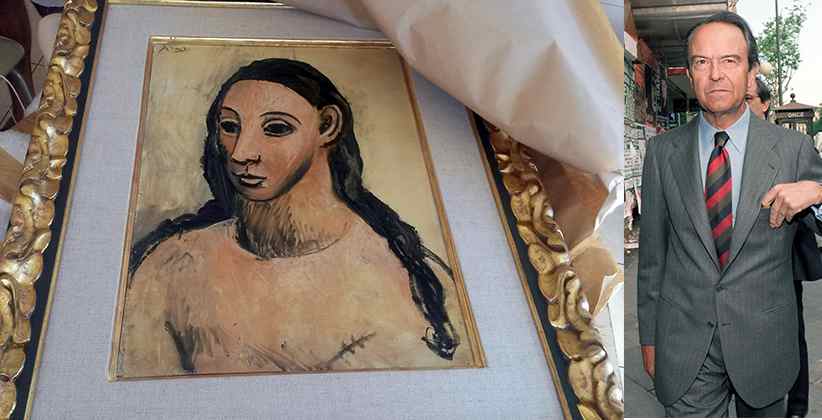 Billionaire Jaime Botin, heir of Santander dynasty was arrested today (January 17, 2020) for smuggling Picasso's painting out of Spain in his yatch. He has been sentenced to 18 months in prison and fined with EUR 52.4 million as per Spain's heritage law.

Under this law, any work older than a 100 years is considered culturally important and hence considered a national treasure. If the owner of the national treasure wants to take an item out, he needs to obtain a permit for the same. Botin has been trying to sell the painting since 2012 but his permit was denied. The court ordered that the painting should stay in Spain.

To sell the painting, Botin tried to smuggle it in his yatch which was carrying some other artefacts. The captain of the yatch did not include the name of the painting in the list of artworks on board. When police got the information that Botin had applied for a permit to transport the painting, they searched his yatch in Corsica and found the painting. The painting has been seized and handed over to the Reina Sofia art museum in Madrid.

Jaime Botin is the uncle of Ana Botin, Chairman of Banco Santander. He has also been the former head of lender Bankinter SA. He is a member of the family who is responsible for running Santander's business for more than a century. Botin will have to pay a fine equal to double the amount of the painting’s value. Currently the estimated price of the painting is about $115 million dollars.

The name of the painting was “Head of a young woman", which was painted by Picasso in early 1900. Botin acquired the painting in mid-1977. The work is believed to be a rare example of the 'Rose' period predating the artist's shift from cubist style.