Burning Flags of Foreign Countries, a Jailable Offence in Germany 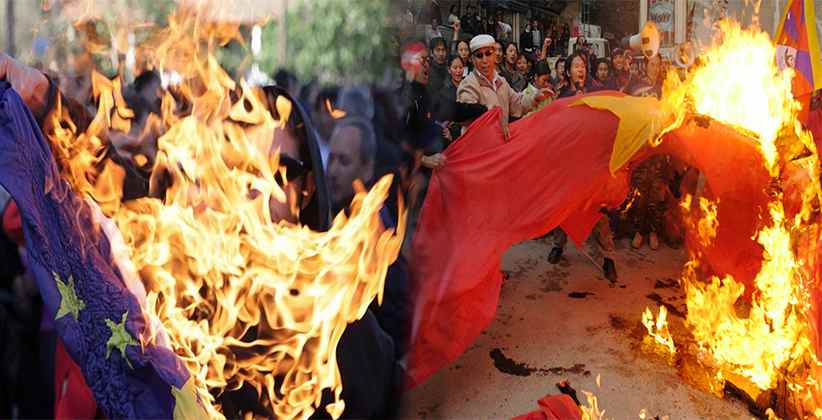 On Thursday (May 14th, 2020), the German Parliament passed a law making the burning of flags from the EU or other foreign countries a punishable offense, and under this law, violators can receive up to three years in prison. This decision was taken by lawmakers after protestors in the country burned down Israeli flags on the streets of Berlin.

The current law has been described as a necessary measure by some German Officials since the sole aim of burning flags was to ‘stir up hatred, anger, and aggression.’ However, another party expressed that it interfered with the citizens’ freedom of expression.

Legal Policy spokesperson for the Social Democratic Party (SPD), Johannes Fechner said that “In Germany, the Israeli flag is not allowed to be burned.” Justice Prime Minister Christine Lambrecht also added that “burning flags in public has nothing to do with peaceful protest.” It is just aimed to “stir up hatred, anger, and aggression.”

Before these provisions came into the occurrence, the German penal code provided protections for symbols of the federal republic and sovereign nations under certain conditions. For instance, Germany needed to have diplomatic relations in the country. This new legislation introduced aims to abolish those loopholes and extend protection to the EU flag, which has been set alight during Eurosceptic and far-right protests in Germany.

The far-right alternative party was the only one to vote against the new law in Germany. They argued that it interfered excessively with the freedom of expression and artistic creativity of German Citizens.