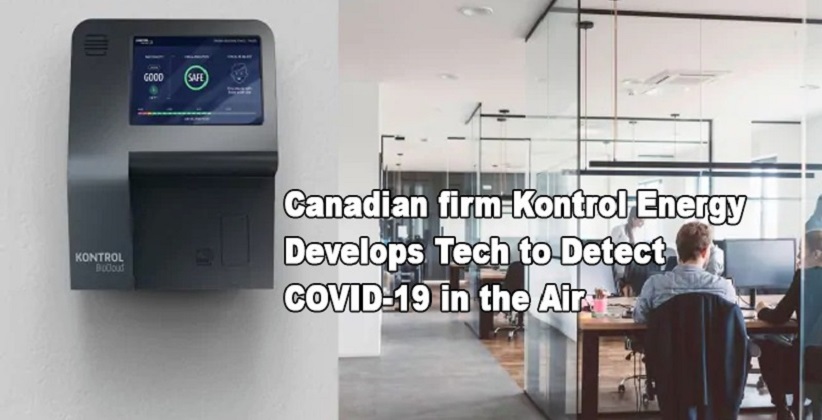 Now the novel coronavirus can be detected in the air. This is done with the trigger of an alert system to warn of the detection through a wall-mounted device, developed by a Canadian Company. A scientist reviewed this and said that it works.

Kontrol Energy of Vaughan created the technology named 'BioCloud' at its office in London and according to the company's CEO, Paul Ghezzi, it will be installed in schools by November. Ghezzi says it can also be used by mass transit systems.

So, Aircrafts, where perhaps the air is being recycled every 15 minutes, buses, subways, and anywhere crowds gather in tight spaces for prolonged periods of time."

"It is a game-changer in the fight against COVID-19," said Ghezzi, especially in classrooms, where it's important to detect the virus as quickly as possible.

Ghezzi also said that "The company has been working on the technology at its London office since March and arranged for testing at two independent labs that are part of Western University."

A professor of Microbiology and Immunology at Western, Dr. David Heinrichs said that "There's no doubt in my mind that this technology can quickly and effectively detect an array of airborne pathogens, including the virus that causes COVID-19. Our results are absolutely conclusive."

Kontrol Energy hopes to produce as many as 20,000 BioCloud units per month at a cost of $12,000 U.S., though Ghezzi said discounts would be offered on large orders.

The detection chamber is replaceable after it comes into contact with the coronavirus and can be replaced for continuous use, the company said in a news release.

There are no immediate plans for developing a unit that would work in the home. Ghezzi stated that the company has considered the concept of a breathalyzer that would detect the coronavirus, but it would require a longer development cycle and the approval by Health Canada.

Ghezzi further added, "For now, the primary focus of the company is to sell its technology to schools, hospitals, and mass transportation systems."