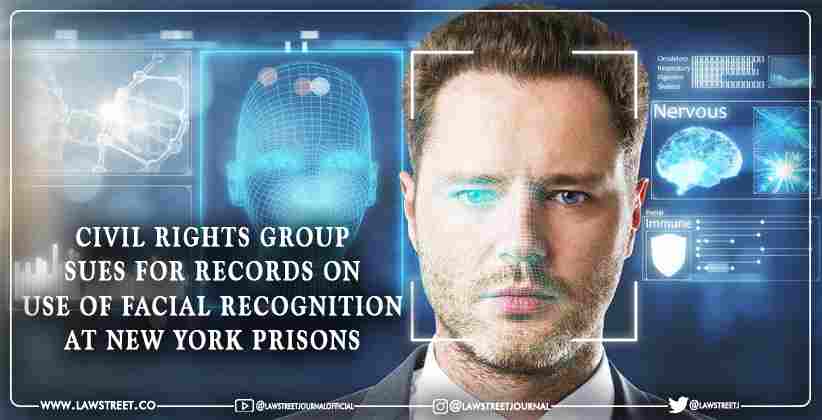 A suit has been filed by a civil rights  group against the New York Corrections Department, for failing to turn over records on how it uses facial recognition technology on visitors at state prisons.

According to the Manhattan Supreme Court suit filed Wednesday( July 7, 2021), the New York Civil Liberties Union requested records from the Department of Corrections and Community Supervision on  September 23rd, 2020 claiming that the public has the “right to know basic facts” about how the “notoriously inaccurate & prone to error technology” is used at lockups.

However, the suit claims that on 29th January , 2021, the DOCCS denied the NYCLU's request under New York's Freedom of Information Law for a generic set of exemptions for FOIL requests. On  March 1, 2021, the NYCLU's appeal of that decision was also denied.

The advocacy group warned about the dangers of facial recognition technology in the suit, claiming that it "inevitably will misidentify visitors as unwelcome & deny visitation." It went on to say that if the facial recognition system misidentifies someone as having an outstanding warrant or other justice system involvement and wrongfully detains them as a result, the “consequences may be more dire.”

According to the suit, the group has heard from people who were turned away “due to the use of face recognition technology to screen visitors.”

According to the lawsuit, there is nothing in the DOCCS directives, handbook, or visitor webpage that mentions the use of facial recognition technology and the possibility of being denied visitation as a result of it.

“In New York , the extent of facial recognition surveillance in prisons and jails is largely unknown and alarming” while adding, “Facial recognition software is notoriously inaccurate, especially when it comes to recognizing Black people, other people of colour, women, and children.”

“They appear to have failed to develop a public policy, establish privacy guidelines for visitors' sensitive biometric information, disclose how the agency retains or shares footage, or address the grave risk of misidentification for visitors and loved ones,” Haroules continued, “They owe the public an explanation.”

The NYCLU is requesting that a judge order the agency to turn over the records.

According to a DOCCS spokesman, "The Department does not comment on pending litigation."