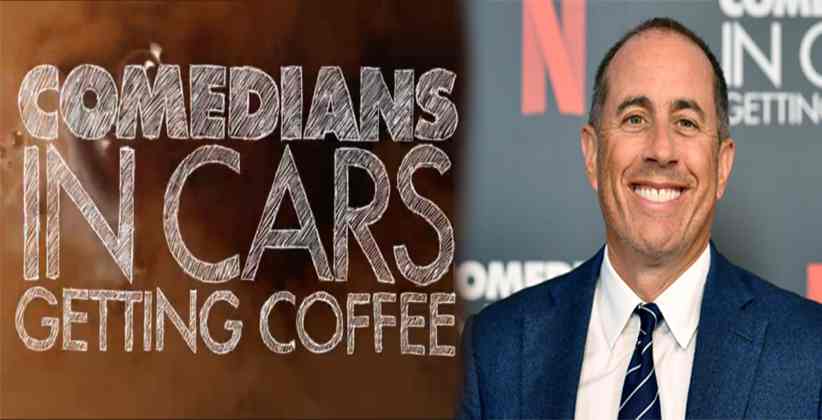 In modern-age entertainment, the new trend is "Binge-watching." Digital streaming services like Netflix and Prime have a lot to offer audiences from their multi-genre movie collections that are overflowing. A quick click on "Play Now" and there is a choice of the motion pictures for viewers. The producers are being offered big bucks to churn out content for these streaming portals. However, getting acquainted with such wealth brings the greedy greed out of men, resulting in lawsuits and more. In the series Comedians in Cars Having Coffee, a similar instance took place with Christian Charles and Seinfeld 's legal conflict over authorship claims.

In 2018, one Christian Charles threatened Jerry Seinfeld, the greatest comedian of all time, with a copyright complaint. The plaintiff argued on the presentation of the American television show, Comedians in Cars Getting Coffee, he was working with Seinfeld. The series shows Jerry Seinfeld riding his antique cars and striking up interesting discussions about coffee with celebrities. It was launched as an online streaming service in 2012 and distributed via Crackle by Sony Pictures, and eventually, the broadcasting rights later came to Netflix in 2017.

He suggested Seinfeld produce a similar show as the present one titled "Two Stupid Guys in a Stupid Car Driving to a Stupid Town" in the year 2001, according to the plaintiff; however, the same was disliked and thus dismissed. The episode reached cameras. A decade later, Seinfeld expressed interest in introducing a television series featuring comedians talking and driving around to the coffee spot in antique cars, and the show premiered in 2012 afterward.When planning for more episodes, they both got into a pay dispute because Charles was paying on a "work-for-hire" basis. When the first episode hit the screens, however, he was paid $100,000.

In the present suit, Charles said he had not received any right of authorship or any special credit for the series, even after the same on Netflix aired. In reality, Netflix pays producers approximately $750,000 per episode.

In this context, Seinfeld 's lawyers argued that the present case was filed only after getting acquainted with the price charged only after 6 years of launch and thus, “This is precisely the type of belated tactical and opportunistic strike suit the statute of limitations is designed to stamp out”, the lawyers said.

The latest case was first ruled and dismissed in September, and the same was upheld earlier this month by the US Court of Appeals. The Appellate Court said, “First, in February 2012, Seinfeld rejected Charles’s request for backend compensation and made it clear that Charles’s involvement would be limited to a work-for-hire basis. Second, the show premiered in July 2012 without crediting Charles, at which point his ownership claim was publicly repudiated. Either one of these developments was enough to place Charles on notice that his ownership claim was disputed and therefore this action, filed six years later, was brought too late.”