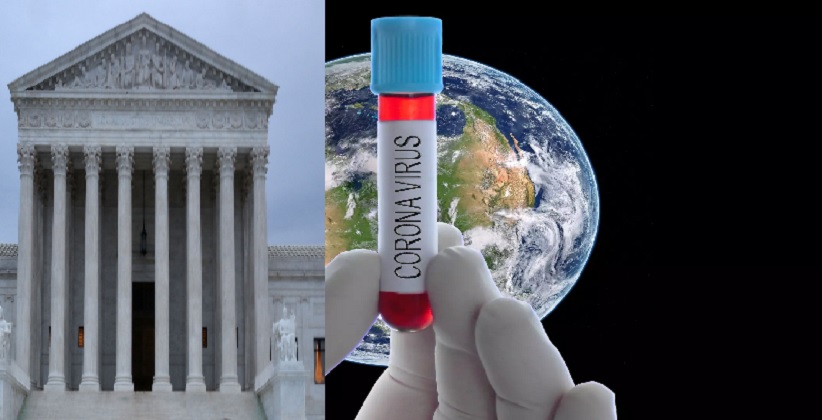 As reported on 27th March, 2020 the coronavirus pandemic has put on a hold a major portion of the US Supreme Court's docket that includes a multibillion-dollar clash between software companies Google and Oracle. These cases will likely affect the presidential elections and thereby further affect Donald Trump's reelection chances.

These cases include matters involving congressional and grand jury subpoenas for Trump's financial records. Another matter kept on hold includes the clash over the electoral college for presidential elections and an $8 billion copyright dispute between Alphabet Inc's Google and Oracle.

The situation is not yet clear as to when the cases will be resolved, whether in the current term through the means of online platforms or not. Lawyers have received no guidance on these subjects.

"Just Waiting’ “As far as oral arguments go, we’re just waiting upon the court,” said Jay Sekulow who is the leading lawyer for Trump in the bid that has been set to block a New York grand jury subpoena for obtaining the president's financial information. The arguments have been set for 31st March, 2020.

All the justices are in their elder ages and the pandemic poses a risk to them if they were to contract it. Justice Ruth Bader Ginsberg (87), Stephen Breuer (81) are the eldest while the four other justices are over 65 years.

The White House has stated that anyone traveling from New York should self-quarantine for 14 days. The subpoena cases are the most sensitive cases from the point of Democrats who have been seeking the information.

"Delaying this case is effectively picking a side,” seven liberal groups led by Demand Justice (a left centric advocacy group created in 2018) said on 25th March, 2020. “Every day that Trump is allowed to keep his tax returns secret is a day that he has won and the public has lost.”

"We’ve gotten no indication about whether it’s going forward,” said Lawrence Lessig, a Harvard Law School professor and the lawyer for two groups of electors.

Many cases have the possibility of getting deferred including Google's appeal of ruling regarding Oracle's copyrighted programming code.

Google’s lawyer, Tom Goldstein, has said that he is preparing as if the argument will now be in April even though “it’s unlikely.”

Joshua Rosenkranz, Oracle’s lawyer, said that he will put his three planned moot courts back onto his schedule once the court sets a new argument date.

[COVID-19]: How SC Is Making Use Of Technology In The Wake Of Pandemic