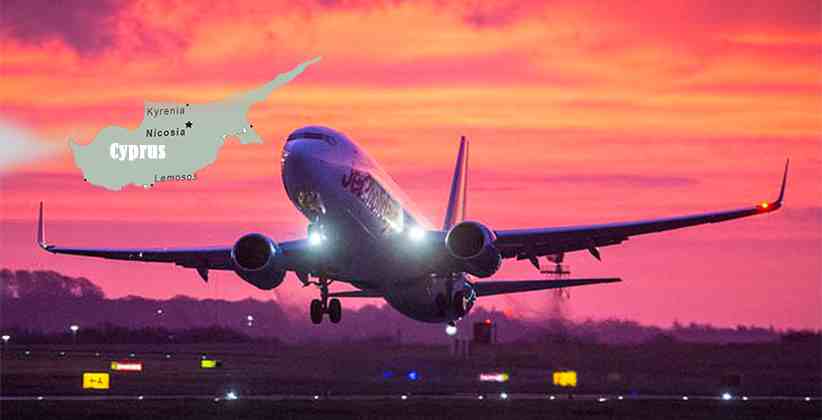 With the battle in the Mediterranean to lure tourists picking speed, Cyprus has declared to foot bills for anyone whose holiday is ruined by the coronavirus, going one step ahead over its competitors.

The country is hoping that the decision to pick the tab for infected tourists and providing free healthcare for Covid-19 patients and all hotel expenses for their dependents, would give it an unbeatable edge.

The Deputy Tourism Minister, Savvas Perdios stated, “We will cover the cost of hospitalization of those who test positive during their holiday and pay for their families and close contacts to be accommodated in quarantine hotels.”

Though Britons are banned from entering Cyprus as the local epidemiologists viewing Boris Johnson’s handling of the disease as catastrophic, the island hopes that UK visitors would be allowed back in by early to mid-July. The minister also added, “The relevant list is updated continuously.”

However, the bills relating to the repatriation flights and taxis to the airport would not be covered by the Greek Cypriot government. A five-page letter was issued as a gesture to foreign tourists to airlines and tour operators announcing the health protocols the island will adopt when it reopens air travel on 9th June.

Perdios further commented, “Neither Greece nor Spain will be able to do this with the tourism volume they’ll have. ‘T’s greatly appreciated by our partners abroad and is being seen as one of our strong points this summer.”

The tourism industry in this unprecedented era of coronavirus is more desperate than ever to lure holiday goers. The regional governments in Sicily are planning to pay for one of every three nights in hotels in a 50m Euro scheme to attract visitors, including overseas tourists, while Spain’s state-owned, high-end Parador chain of castles and stately homes, is offering giveaway stays for about 65 Euros a night.

Perdios further remarked that the tourism industry has taken a massive hit this year. However, the island has successfully kept the pandemic in check, attracting visitors this summer is going to be a herculean task.

In the island nation, there were fewer than 950 confirmed coronavirus cases and 17 deaths, however, the breakaway Turkish north proclaimed itself coronavirus-free several weeks ago.

It has been further reported that the colony being reliant on British tourists, the Cypriot should be lucky to get a third of the estimated 3.98 million people who visited last year. Good healthcare, including the availability of intensive care units, will play a crucial role when Cyprus readmits travelers from countries with similarly low infection rates next month.

Along with the above arrangements, about 112 ICUs equipped with 200 respirators have been reserved for critically ill patients while a 100-bed hospital has been earmarked to cater exclusively for foreign tourists who would test positive. Further, a quarantine hotel having about 500 rooms for relatives and close contacts will also be set up.

Similar to Greece, this island nation’s economy is also heavily dependent on tourism, and plans are afoot to extend the season into the winter to attract visitors from the UK and other nations still struggling with the virus.

Allowing tourists to enter the island is a calculated risk and therefore to readmit them, the Cypriot authorities are demanding that initially, visitors carry health certificates proving that they have tested negative for Covid-19 at least three days before departure.

When flights from 13 other, mostly central and eastern European countries resume from June 20, the precautionary measures will be lifted and at all time the norms for social distancing will be observed and be it at the pool or in a bar or café, with guests encouraged to pay with contactless cards and hotel staff obliged to wear masks.

Similarly, on Friday, Athens’s Tourism Ministry announced that mid-June 29 countries would be able to resume air links with Greece. This probable list does not include nations still deemed to be Covid-19 hot-spots such as Spain, Italy, and the UK.

Greece taking a page out of Cyprus’s tourism manual has quashed the idea of visitors having to be quarantined. Athens on the other hand is gone one step better than Cyprus, nixing the notion of obligatory immunity certificates and announcing that sport coronavirus tests will be conducted upon arrival at airports instead.

Islands that have remained Covid-19 free are also joining the charm offensive, cutting prices at resorts and hotels with the aim of luring crowds when destinations are relinked to the outside world through direct international flights on July 1. An overnight stay on the Cycladic isle jewel of Santorini has become affordable for the first time in decades, even if the industry figures say health protocols have added heavily to running costs.

The President of local hoteliers, Antonis Iliopoulos said, “There’ll be some discounts of around 15% to 25% to make resorts more attractive.”

Mykonos, the party isle whose prices last year surprised even the super-rich, is reportedly offering entire villas to rent for significantly low prices. Industry figures across the Mediterranean concede that ultimately all eyes will be on Germany this year. Germany’s habit of holidaymakers moving in the summer months, combined with Berlin’s relatively successful containment of Covid-19, has raised hopes and with them even more extravagant tour packages.

Hoteliers across the sea are hoping for a share of German tourism since Tui and other tour operators have aggressively started promoting Greece, Cyprus, Spain, and Portugal.