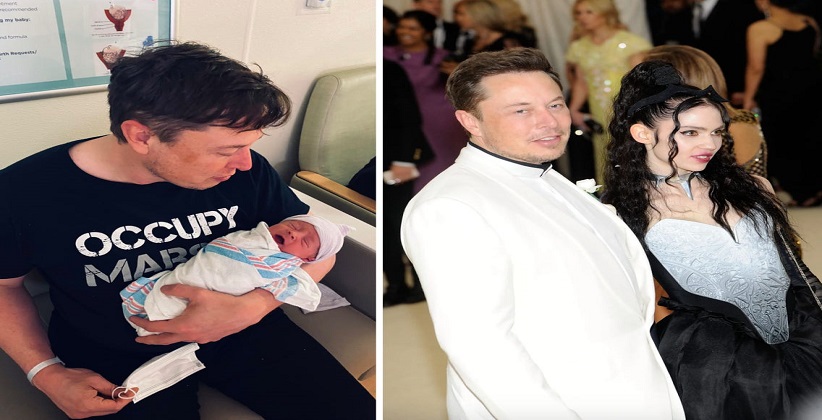 Elon Musk and his girlfriend could soon face legal hurdles as the Californian Law may not permit the use of special characters in names, such as those included by the couple in christening their new-born.

The internet was humming in anticipation when the Tesla Founder and his girlfriend, Grimes gave birth to a baby boy some days ago. However, the mass excitement quickly turned into criticism after the Musk revealed his son’s name to the public.

What followed were memes and a truckload of comments on the news of the CEO, Elon Musk naming his child 'X Æ A-12' emerged on social media platforms.

While Musk's followers were anticipating an unconventional name for the newborn the actual one did not go down well with then.

To this, Grimes confirmed the name and revealed its meaning of Twitter.She gave a one-liner elucidation for each special character in the name 'X Æ A-12' as follows:

•Æ, my elven spelling of Ai (love &/or Artificial intelligence)

No weapons, no defenses, just speed.

Great in battle, but non-violent

While the couple is free to name their child as they like, they may run into problems with the State of California which could unauthorize the use of special characters in the name of a child.

Characters or symbols that are outside the 26 alphabets of the English language are generally not allowed in Californian family law.

Attorney David Glass, a family lawyer, in an interview with American weekly magazine - PEOPLE stated that the child's name isn't legal in technicality and will not be allowed by the laws in the state of California.

“In California, you can only use the '26 characters' of the English language in your baby name," he says. "Thus, you can't have numbers, Roman numerals, accents, umlauts, or other symbols or emojis. Although an apostrophe, for a name like 'O'Connor,' is acceptable," he said.

He further mentioned that if the parents filled out the birth certificate of their newborn son 'with odd numbers, dashes, and symbols', it will face rejection at the hands of the law.

"They have an opportunity to appeal the rejection of the birth certificate application but it's unlikely that it will be granted because, again, California...has been struggling with using symbols," Glass clarified.

He also remarked that a bill was passed in 2014 to amend the rules of naming a child. But due to the high cost of updating computer systems to allow such changes, it was tabled.

“The rule of naming babies in California with alphabets of the English language only is not a law,” explained Glass, while further adding, “However, it is listed in a handbook issued by the California Department of Public Health's Office of viral records.”

While Musk has kept mum on the matter, he stated that he was elated for his son to be born on May 4, 2020, which is popularly referred to as Star Wars Day.