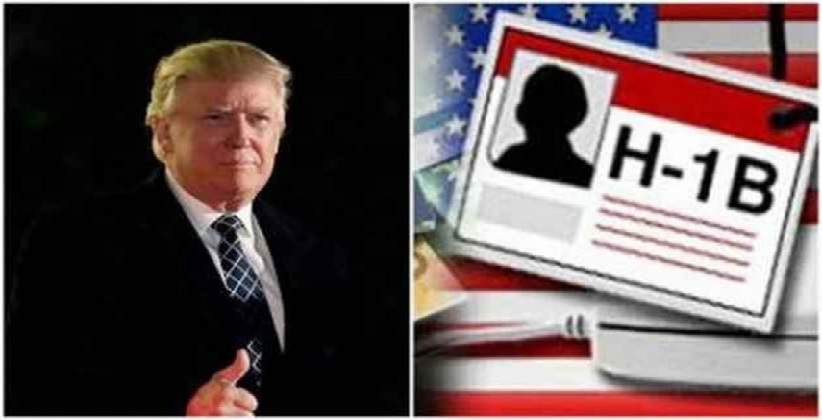 On Tuesday, 23rd June 2020, United States President Donald Trump issued a presidential proclamation stating temporary suspending the entry of certain foreign workers into the United States of America on H- 1B visas, L visas, H- 2B seasonal worker visas and J visas. Reportedly, the proclamation comes into effect on 24th June 2020 and will expire on 31st December 2020 which means for the rest of 2020. He also extended a ban on green cards issued outside of the United States of America until the end of the year. H- 1B visas are popular among Indian IT professionals while J visas cover certain categories like interns, trainees, teachers, camp counselors, and those participating in summer work programs.

Trump said that this move was essential to help millions of Americans who have lost their jobs due to the current economic crises. Proclamation in the run-up to the November presidential elections, Trump ignored the growing criticism of various business organizations, politicians, and human rights bodies. The proclamation, which comes into effect on 24th June 2020, is expected to have an impact on a large number of Indian IT professionals, and several American and Indian companies issued H-1B visas by the US government for the fiscal year 2021 beginning on 1 October.

At least by the end of the current year, they will have to wait for the US diplomatic missions to get stamping. It will also have an effect on a significant number of Indian IT professionals looking to renew their H-1B visas. The proclamation stated, “In the administration of our Nation's immigration system, we must remain mindful of the impact of foreign workers on the United States labor market, particularly in the current extraordinary environment of high domestic unemployment and depressed demand for labor.”

The proclamation further extends till the end of the year the prior executive order banning the issuance of new green cards to lawful permanent residency. The new rule will extend only to people outside the United States who do not have a valid non-immigrant visa and an approved travel permit other than a visa to enter the country. According to the proclamation, it will not have an effect on lawful permanent citizens of the United States or on foreign nationals who are the spouses or offsprings of an American resident. Foreign nationals intending to enter the United States to provide temporary employment or facilities essential to the food supply chain are also excluded from the latest proclamation.

Trump said that between February and April of 2020, more than 17 million U.S. jobs were lost in industries in which employers are seeking to fill H-2B non-immigrant workers' positions. Trump said, “During this same period, more than 20 million United States workers lost their jobs in key industries where employers are currently requesting H-1B and L workers to fill positions.” He further added, “The entry of additional workers through the H-1B, H-2B, J, and L nonimmigrant visa programmers, therefore, presents a significant threat to employment opportunities for Americans affected by the extraordinary economic disruptions caused by the COVID-19 outbreak.”