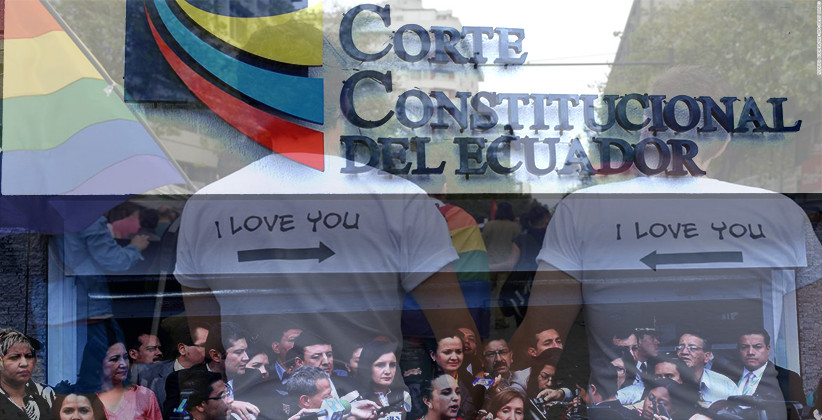 Ecuador’s Constitutional Court on June 12, 2019, has approved same-sex marriage in a landmark ruling.

The vote at the nine-member Constitutional Court came as they ruled on the lawsuits by two same-sex couples who wanted to get married.

While five judges voted in favour arguing all people were equal, four said the issue had to be debated in parliament.

Judge Ramiro Avila Santamaría who penned the majority judgment said: "There are people of the same sex who demand the recognition of the right to marriage, considering it important in their life plans and invoking rights such as dignity, equality, identity and freedoms. This requirement, which did not exist or were not considered at the time of translating the legal texts, requires putting the current constitutional norms and legal norms, and adapt their content and interpretation to the current requirements….The understanding of marriage as an exclusive right of the heterosexual couples is a limitation that prevents access to rights that can mean, if that is decided by the people, better living conditions and greater security in the protection of the family through marriage. Allowing marriage to same-sex couples extends the possibilities of individual autonomy and the free development of the personality of the people with different sex-generic identity."

The majority judges observed that it is the people who take decision of their marriage and not the state. It said: "In relation to the right to form a family and choose the means to achieve it, the State should not intervene to prohibit marriage of people of the same sex. An interference this type, although legal, could be considered arbitrary.. The decision to form a family corresponds to the freedom of the private life of the people. In the same way, choosing the means to form a family, which can be the marriage, should be a free and voluntary decision of the people and not of the State."

Build Traceability To Find The Origin Of Messages That Lead To Serious Crimes: Govt. Tells WhatsApp