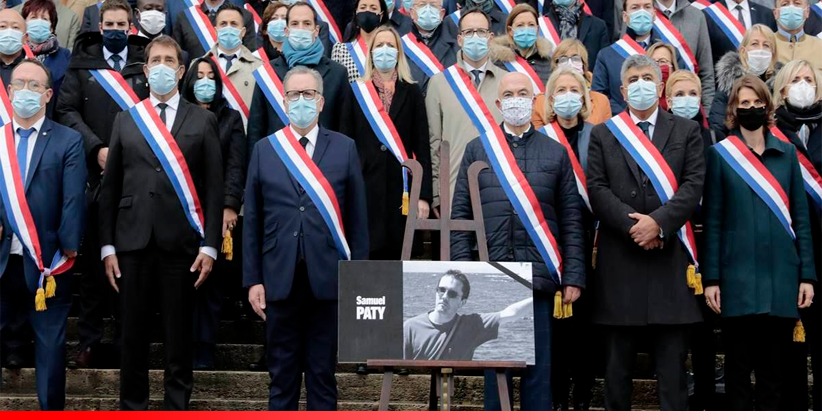 A history teacher, Samuel Paty was brutally killed by an eighteen-year-old teenagerin Paris just because he showed pictures of prophet Muhammad in a comic effect during his lessons.

This led to an outrage among the Muslim people and the teacher was beheaded. A mosque in Paris shared a video saying that action should be taken against the teacher. To this action, the government ordered to dissolve various Islamist associations and groups to fight this spread of religious radicalism in France. The mosque too deleted the video saying that their religion has no room for violence.

On October 21, 2020, the President of France, Emmanuel Macron gave tribute to the teacher by awarding him with the highest award in France. He honoured him with "the face of the Republic" and said that he will be recognized as a great teacher who taught to have confidence in ourselves, o find a path, and to change the course of our existence. “He will always be in our hearts and memories,” said the President.