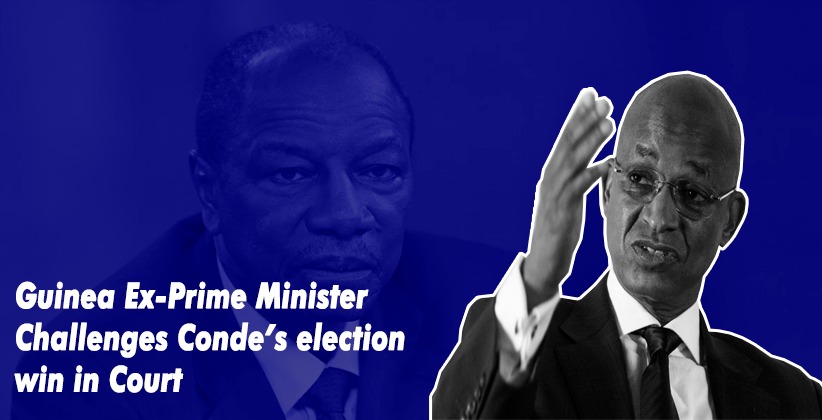 On Sunday (November 1, 2020), the UFDG party which is Guinea's main opposition lodged a complaint before the constitutional court. It sought to overturn the result of last month's election which was won by President Alpha Conde.

“We hope that justice will be served and that our client’s victory will be confirmed in the light of the irrefutable evidence that supports our request,” said Alseny Aissata Diallo, a lawyer for opposition leader Cellou Dalein Diallo.

The West African nation’s former prime minister 'Dallo', had claimed an early victory in the Oct. 18 vote based on the figures for his party. The Union of Democratic Forces of Guinea said it gathered the results from polling stations. Guinea’s Electoral Commission declared the 82-year-old Conde winner of the election after he garnered 59% of the vote against Diallo’s 33%.

While the vote was largely peaceful, the post-election period has been marred by violence as supporters of the opposition clashed with security forces in Conakry, Guinea’s capital. At least 20 people were killed in protests that followed Diallo’s announcement that he had won the vote, according to the government.