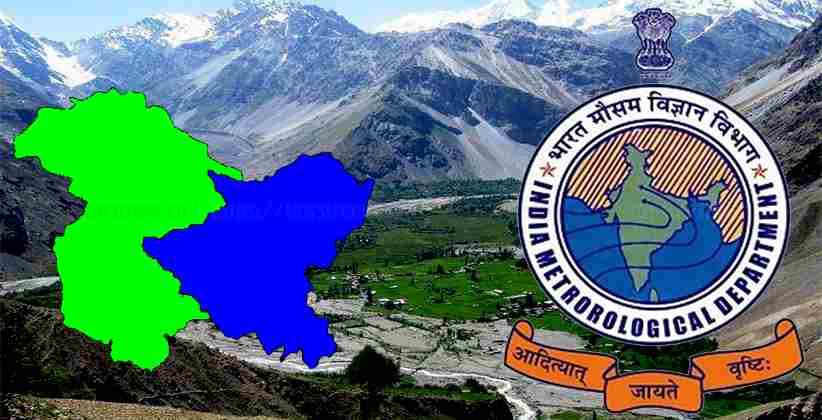 The IMD’s Regional Meteorological Centre has started including the cities of Gilgit-Baltistan and Muzaffarabad, which are parts of Pakistan-occupied-Kashmir under the Jammu and Kashmir Meteorological sub-division in its forecast since 5 May 2020.

The head of the Regional Meteorological Department, Kuldeep Srivastava who delivers the forecast for the northwest meteorological division of the IMD confirmed this lately.

India Meteorological Department is an agency of the Ministry of Earth Sciences of the Government of India. It is headquartered in Delhi and operates hundreds of observation stations across India and Antarctica, along with regional offices at Mumbai, Kolkata, Nagpur, and Pune.

It is the Fundamental organization accountable for meteorological observations, weather forecasting, and seismology.

IMD Director General M Mohapatra said that they have been mentioning areas under Pakistan-occupied-Kashmir under its daily weather report ever since the bifurcation of Jammu and Kashmir in two Union Territories last year in August.

Nevertheless, officials said it's now being mentioned explicitly under the Jammu and Kashmir sub-division.

Muzaffarabad is a part of POK while Gilgit-Baltistan is also under illegal Pakistani occupation.

These cities of Pakistan-occupied-Kashmir have found a place in the overall forecast of the northeast division.

The IMD’s move comes in days of the Pakistan SC’s decision to allow the federal government to hold elections in Gilgit-Baltistan.

On April 30, Pakistan’s SC allowed the federal government’s application to set up a caretaker government and conduct a provincial assembly election in the said region.

On Monday, i.e. 4th May, India’s Ministry of External Affairs lodged a strong protest against the decision and said that Pakistani institutions had “no locus standi on territories illegally or forcibly occupied by it”.

The Ministry of External Affairs said that India has completely rejected such actions and will continue to make attempts to bring material changes in Pakistan occupied areas of the Indian territory of Jammu and Kashmir.

Since then, the IMD has been mentioning these cities under POK in its daily national weather bulletin and also local bulletins. They will also find a place in forecasts of the RMC i.e. Regional Meteorological Centre.