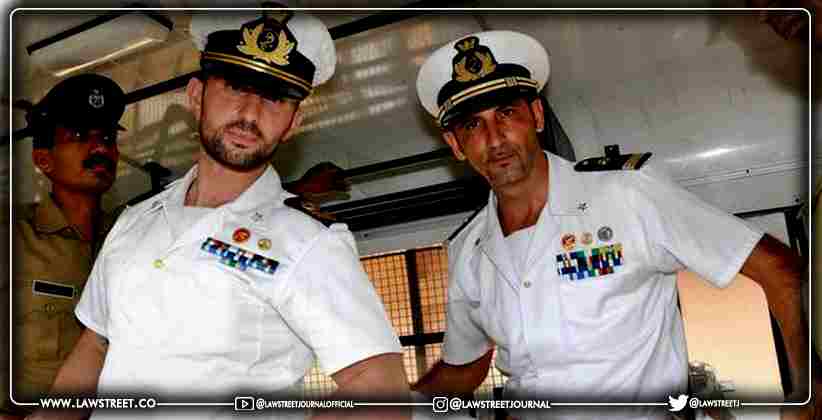 While hearing an application to close the criminal proceedings in Italian Mariner, Enrica Lexie's case, the Supreme Court was informed by the Central Government that Italy is yet to pay the Rs. 10 Crores in compensation.

The matter was heard by a bench lead by the Chief Justice.

The Enrica Lexie case relates to the killing of two Indian Fishermen at sea about 2.5 nautical miles away from the Kerala coast. The incident happened in February 2012 when an Indian fishing boat ‘St. Antony’ was fired upon by ‘Enrica Lexie’, an Italian oil tanker. Two Italian Mariners were taken into custody and criminal proceedings were initiated against them.

In July 2020, the matter came up before the Permanent Court of Arbitration. The international court held that India cannot continue the criminal proceedings against the Mariners but can claim compensation from the Italian Government. According to this, Italy agreed to pay Rs. 10 Crores as compensation.

Accepting the Permanent Court of Arbitration's award, the Central Government approached the Supreme court to quash the criminal proceedings in the matter. But the Supreme Court refused to close the matter without hearing the families of the victim.

In April 2021, when the matter of closing the criminal case was first taken up in the Supreme Court, the court directed the Italian Government to deposit the compensation amount in the account which will be indicated by the Ministry of External Affairs. The Indian Government was to transfer the money to the Supreme Court when it was received. The court also observed on that day that the case will be closed only after the compensation amount is received.

On the last days hearing, the Supreme Court inquired into the delay in depositing the compensation.

The matter is again posted for hearing next week.

COVID-19: Plea in SC seeks directions to the Central Government and the Government of Uttarakhand to withdraw advertisements inviting people to the Kumbh Mela