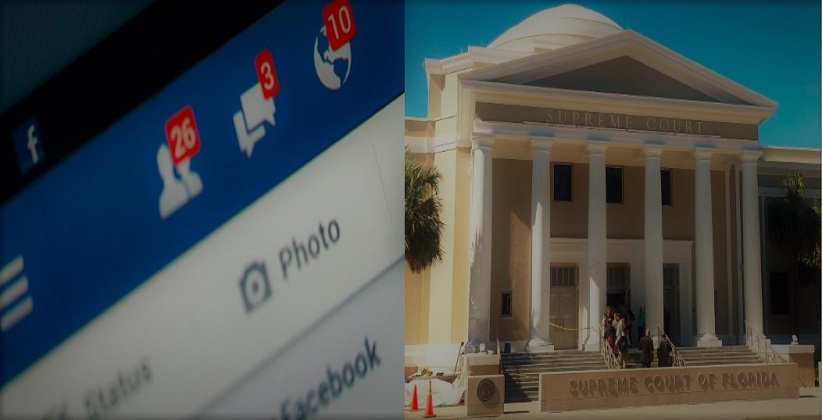 The Supreme Court of Florida on November 15, 2018, in the case of Law Offices of Herssein and Herssein v. United Services Automobile Association by 4:3 majority has held that due to mere existence of a Facebook friendship between a judge and an attorney appearing before him in a matter, the judge cannot be disqualified from considering the matter on the ground of likelihood of bias.

A Bench comprising of Chief Justice Charles Canady and Justices Ricky Polston, Jorge Labarga, C. Alan Lawson, Barbara Pariente, R. Fred Lewis and Peggy Quince was hearing an issue regarding the legal sufficiency of a motion to disqualify a trial court judge on the basis of a Facebook friendship.

The Law Offices of Herssein and Herssein and attorney Reuven Herssein had filed a motion to disqualify the trial judge on the ground that he was Facebook friends with an attorney appearing before him. The motion, however, was dismissed by the trial court judge.

It is essential to note that the Florida Judicial Ethics Advisory Committee (JEAC) has expressed in an opinion that judges were prohibited from adding attorneys who appear before them as “friends” on Facebook. The concern of JEAC was that a reasonably prudent person would fear that he or she could not receive a fair and impartial trial.

Moreover, Florida’s Code of Judicial Conduct requires judges to “avoid impropriety and the appearance of impropriety in all of the judge’s activities.”

Justice Labarga though concurring with the majority warned the judges to refrain themselves from Facebook. “Participation in Facebook by members of the judiciary is fraught with risk that could undermine confidence in the judge’s ability to be a neutral arbiter,” he said in his separate judgment.

A dissenting judgment was delivered by Justice Pariente. She said, “in my view, any attempt to equate Facebook friendship with traditional friendship ultimately fails.” She opined that far more information may be revealed due to existence of Facebook friendship than assigned by majority. He urged the majority to adopt parameters for judges while engaging with social media. Justices Lewis and Quince concurred with her.

Thus the court upheld the decision passed by the trial court remarking that an allegation of mere friendship between a judge and a litigant or attorney appearing before the judge, standing alone, does not constitute a legally sufficient basis for disqualification.