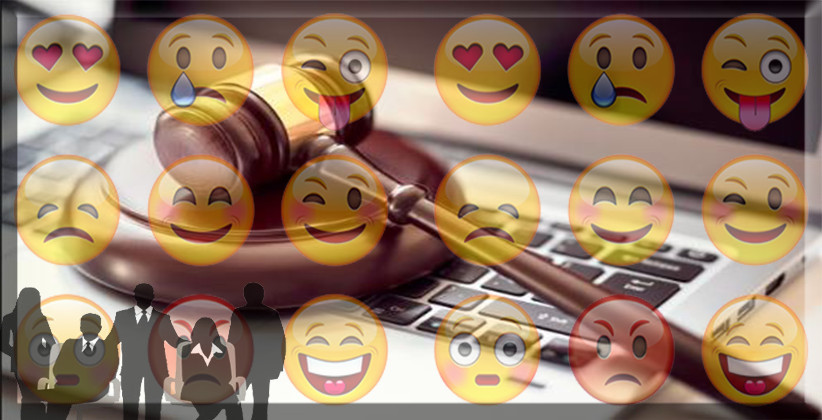 Emoji and emoticons are cropping up at a rapidly increasing rate in court cases and the judges in the U.S. courts are struggling to interpret them, Futurism has reported.

As per the report, the emoji and emoticons are yet to become a deciding factor in the cases. But they are expected to play a larger role in the future as the technology evolves.

Tracking the U.S. court database, Santa Clara University law professor Eric Goldman has found that since 2004 around 171 cases contained the words “emoji” or “emoticon”, the figure is more than half in just the past two years: 33 in 2017 and 53 in 2018.

These cases rarely get affected by the use of “emoji” or “emoticons”, and the symbols didn’t play a major role as well. In some instances, the judges even chose to say “emoji omitted” when reading text transcripts to juries.

However, according to Goldman, courts need to acknowledge and attempt to interpret emoji and emoticons as they play an increasingly important role in forming the meaning behind our communications.

“You could imagine if you got a winky face following the text sentence, you’re going to read that sentence very differently than without the winky face,” Goldman told The Verge.

The fact that emoji and emoticons appear differently on different devices also adds to the ambiguity.

Emergence of a new career

It has been observed that the need to understand and interpret emoji and emoticons in the court cases could lead to the emergence of a new career in the legal system- regional emoji expert.

“Emoji usually have dialects. They draw meaning from their context,” Goldman explained to The Verge. “You could absolutely talk about emoji as a phenomenon, but as for what a particular emoji means, you probably wouldn’t go to a linguist. You would probably go to someone who’s familiar with that community.”