Home International Man Who Died During Sex On A Business Trip Was Victim Of 'Workplace Accident': French Court Rules
International 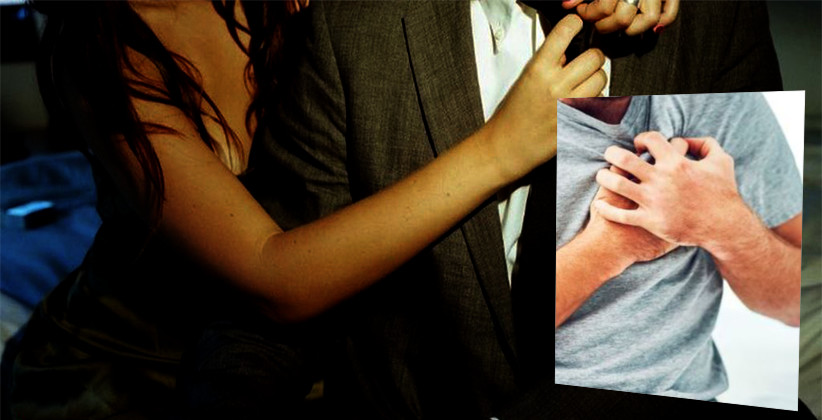 In a bizarre ruling, a French court has recently ruled that an employee who died while having sex on a business trip was the victim of a workplace accident.

In the uncanny judgment, the court ruled that the firm should payout to the family of its employee who suffered a heart attack during sex while he was on a business trip for a railway company, reported Fox News.

A Frenchman identified as M. Xavier working as safety technician had travelled to the Loiret region in 2013 for his employer TSO, a railway construction company. While on the business trip, he ended up having sex with a "complete stranger".

During the act, he had a heart attack and died, and his employer argued that because the liaison was not part of his work, and because he died in a different hotel room to the one which had been reserved for him, it should not be held liable for his death, reported BFMTV.

The company told a previous court hearing in Meaux, to the east of Paris, that the death had "occurred when he had knowingly interrupted his work for a reason solely dictated by his personal interest, independent of his employment,” and that as a result he was no longer on a business trip.

Moreover, the death is not attributable to the performance of his work "but to the sexual act he had with a complete stranger.”

However, the case has now been heard by the Court of Appeal in Paris, which ruled against the company, saying that the employee did indeed die of a workplace accident.

The Paris Court of Appeal said that "an employee performing a business trip is entitled to the protection provided by Article L 411- 1 of the Social Security Code throughout the duration of the trip he performs for his employer.”

In other words, it does not matter whether the accident occurs during a professional or everyday act unless the employer has proof that the employee interrupted his mission for a personal reason.

The court also said that sex "is a matter of everyday life, like taking a shower or a meal."

The fact that the accident occurred in a place other than the hotel room reserved for him by TSO did not make it possible to consider that the employee had placed himself outside the sphere of the employer's authority. The incident was therefore recognised as a workplace accident, the court ruled.