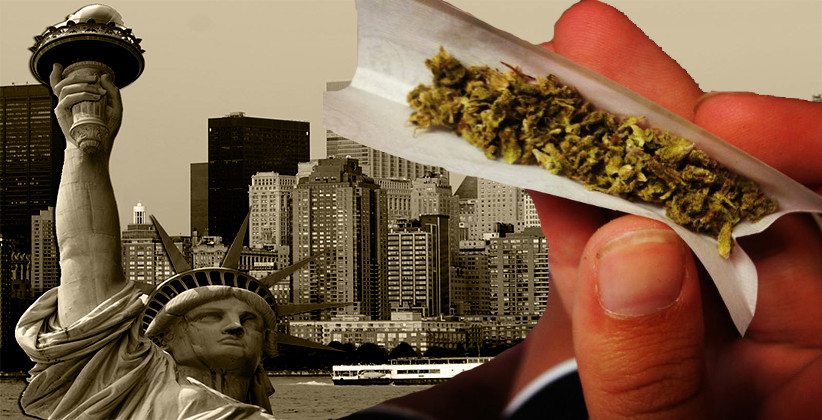 New York, the most populous city in the United States has officially decriminalized the use of marijuana on August 28, 2019.

The new law, which was green-lighted by Gov. Andrew Cuomo last month downgrades the criminal penalty for the unlawful possession of marijuana from a misdemeanor to a fine.

The law also removes criminal penalties for possession of less than two ounces of marijuana and creates a process where residents with low-level marijuana convictions will automatically have their records expunged.

According to The New York Times, nearly 160,000 people with low-level weed convictions will have them expunged from their record.

"Communities of color have been disproportionately impacted by laws governing marijuana for far too long, and today we are ending this injustice once and for all," Cuomo said in a statement last month after signing the legislation.

"By providing individuals who have suffered the consequences of an unfair marijuana conviction with a path to have their records expunged and by reducing draconian penalties, we are taking a critical step forward in addressing a broken and discriminatory criminal justice process,” he continued.

Cuomo had also worked to make the legalization of marijuana a top priority for state legislators this year. However, a bill that would have legalized the sale of marijuana for recreational use in the state failed to advance in June, putting an end to hopes that the state would be able pass such a measure later this year.

Marijuana was legal in India until the US in 1961 compelled the country to put a ban on its production. Since then total 16 US states realizing the commercial use of the drug have decriminalized it. However, India is still following the draconian law. In a first, LawStreet Journal last year in its magazine (Volume 2 Edition 1) has brought the issue into light via a cover story titled – ‘Decriminalization of marijuana in India will be a great move’. The story contains captivating facts about the benefits of decriminalization of marijuana in India supported by the viewpoints of experts in the field.