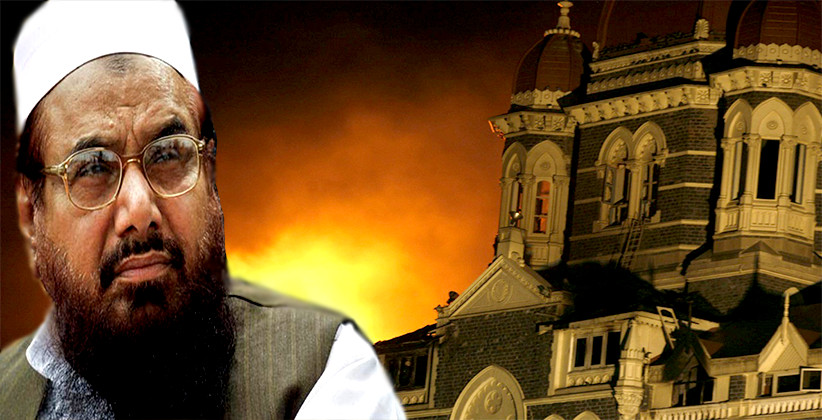 In a major development, Pakistan today (July 17, 2019) arrested 26/11 mastermind, Hafiz Saeed, while he was on his way to Gujranwala from Lahore.

As per reports, he has been sent to jail on judicial remand. He was arrested by the Counter-Terrorism Department (CTD) of Punjab Police (Pakistan's).

The arrest came amidst growing pressure by the Financial Action Task Force (FATF) on the Imran Khan government to act against terror outfits and terrorists operating out of Pakistan.

In June 2019, the FATF gave Pakistan a deadline of October this year to prove that it has improved its efforts to counter terror financing failing which the country would be facing sanctions.

Hafiz Saeed was earlier booked along with 12 accomplices for terror funding. He is facing 23 terror-related cases in Pakistan. However, due to lack of evidence the Pakistan court had released him.

Earlier, Pakistan counter-terrorism department said it had registered 23 cases against Hafiz Saeed and 23 others for using five trusts to "raise funds for terrorism financing".

It said that funds collected by Hafiz Saeed and his accomplices through trusts were used to finance the Lashkar-e-Taiba, which carried out terror strikes including the 2008 Mumbai attack in India in which more than 165 people had died when 10 Pakistani gunmen opened fire at multiple locations in the city.

Reportedly, following his arrest, Hafiz Saeed said that he will challenge cases against him in the court.

Hafiz Saeed is a UN-designated global terrorist and the founder of Lashkar-e-Taiba. The US has announced a bounty of $10 million for providing evidence leading to his conviction.