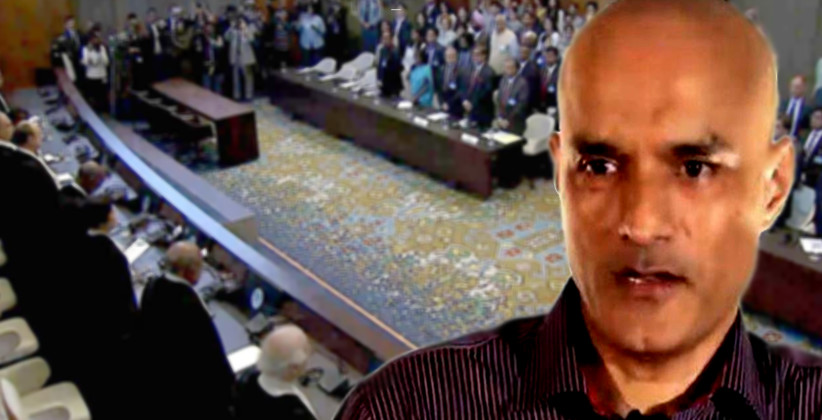 After International Court of Justice (ICJ) held Pakistan of violating the Vienna Convention, Islamabad on July 19, 2019, said modalities are being worked out to grant consular access to Kulbhushan Jadhav.

"Pursuant to the decision of the ICJ, Commander Kulbhushan Jadhav has been informed of his rights under Article 36, Paragraph 1(b) of the Vienna Convention on Consular Relations. As a responsible state, Pakistan will grant consular access to Commander Kulbushan Jadhav according to Pakistani laws, for which modalities are being worked out," said Pakistan's Foreign Office in an official statement.

The International Court on July 17, 2019, directed Pakistan to review Jadhav’s conviction and, until then, put his death sentence on hold.

The Court also asked Pakistan to allow India consular access at the earliest on holding that Pakistan violated Vienna Convention on Consular Relations 1963 by not informing Kulbhushan Jadhav without delay of his rights under Article 36(1)(b) to have consular access.

“the Court is of the view that Pakistan is under an obligation to cease those acts and to comply fully with its obligations under Article 36 of the Vienna Convention. Consequently, Pakistan must inform Mr. Jadhav without further delay of his rights under Article 36, paragraph 1 (b), and allow Indian consular officers to have access to him and to arrange for his legal representation, as provided by Article 36, paragraph 1 (a) and (c),” ordered the ICJ.

Reacting on the verdict, Pakistan Prime Minister Imran Khan on July 18, 2019, said his country will proceed as per the law in the Jadhav case.

"Pakistan shall proceed further as per law," he said while alleging that Jadhav is "guilty of crimes against the people of Pakistan".

Ministry of External Affairs spokesperson Raveesh Kumar a day after the significant ruling said that India expects Pakistan to "act immediately" on the ICJ ruling and allow consular access to Jadhav.

Kumar said the ICJ in its verdict ruled that Pakistan "should take all measures to provide for effective review and reconsideration of the conviction and sentencing of Jadhav, and that this should include enacting appropriate legislation.”