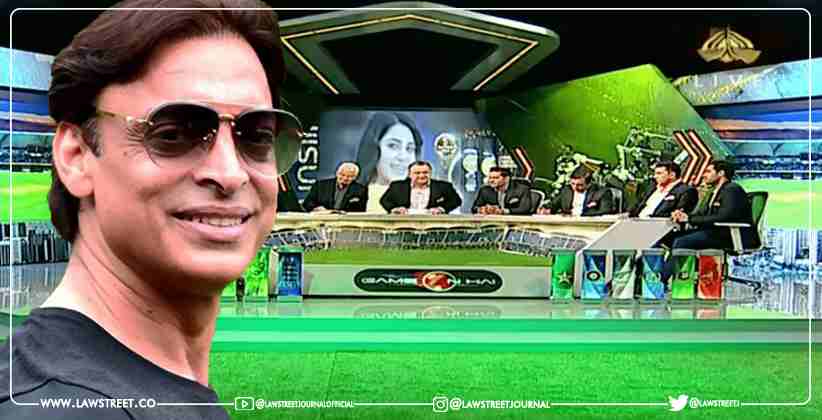 The Pakistan Television Corporation (PTV) has sent a 100 million defamation notice to Shoaib Akhtar stating that he resigned on air from PTV sports last month which is not only a violation of the contract but has also resulted in huge financial losses to the organisation.

As per the clause 22 of the contract, which was signed by Shoaib Akhtar and PTV, it was mentioned that both parties have a right to terminate their agreement by serving three months written notice or payment in lieu thereof.

But Akhtar quit on October 26, 2021 on live TV, causing massive losses to PTV. He has been asked by the PTVC to pay an amount of ₹ 100 million as damages along with an amount of ₹ 33,33,000, equivalent to a three-month salary to the organisation, otherwise, PTC "reserves its rights to initiate legal proceedings" against Akhtar before the court of competent jurisdiction.

The disagreement began when Nauman asked Shoaib if Pakistan had made a mess of the chase against New Zealand. Akhtar ignored the line of questioning by the host and decided to talk about pacer Haris Rauf. Annoyed with Akhtar, Nauman called him 'rude' and said he was 'free to go if he wants to'.