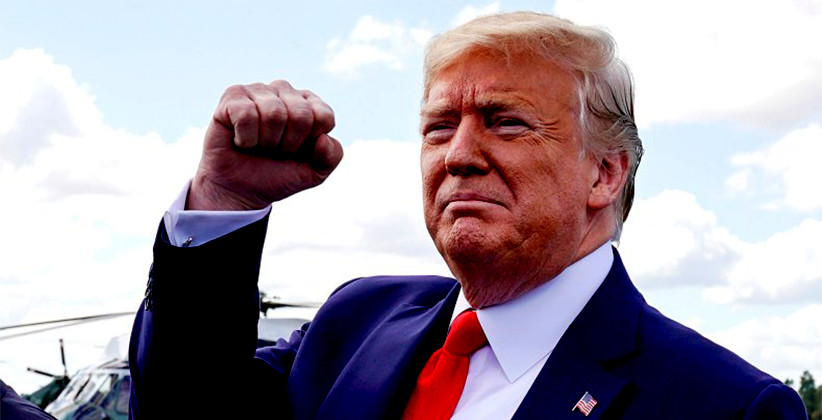 Third impeachment trial is going to be registered in the history of the United States of America as the Democratic-led House of Representatives voted on January 15, 2020 sending two formal charges against President Donald Trump to the Senate for trial. The trial is supposed to take place next week. 228 lawmakers supported the motion as against 193.

The Republicans are in majority in the Senate. President Trump will be put on trial for the following two charges:

Through voting, a team of seven lawmakers from the Democratic party was named by the Speaker of the House Nancy Pelosi to serve as a prosecutors in the trial.

Following were the words of Pelosi;

“We are here today to cross a very important threshold in American history.”

It is expected that Trump will be acquitted as none of the 53 Senate members of the Republican party in the 100 seat Senate have not voiced their support in favour of removing him from office. The impeachment of the President will require 2/3 Majority in the Senate. This will largely allow him to continue in his office till the completion of his term. But Trump’s impeachment in the House of Representatives last month has already stained his record. The impeachment inquiry was launched in September, 2019 by the Pelosi. Next Presidential election is slated to be held on November 3, 2020. Televised trial in the senate is only going to dent the image of Trump further.

The white house has still not unveiled its defence team. The U.S. Chief Justice John Roberts will be an observer of the whole process.

Trump has termed the impeachment as a “hoax.” The White House spokeswoman said that “President Trump has done nothing wrong.” On the other hand, the Republicans have argued that Trump’s actions did not reach the level of impeachable offences.