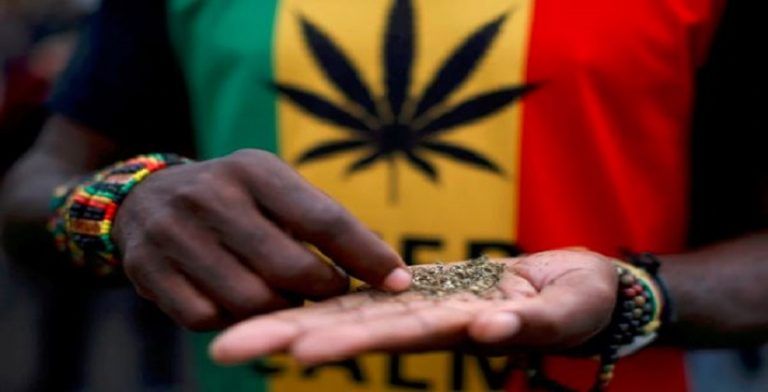 The Constitutional Court of South Africa on September 18, 2018, declared the possession, use and cultivation of cannabis for personal consumption in private as constitutional.

The judgment authored by Justice Roy Zondo, the Deputy Chief Justice of the Constitutional Court stated that penalizing the personal consumption of cannabis in private infringes an individual’s right to privacy which is entrenched in section 14 of the South African Constitution.

The landmark ruling was delivered by a ten judges’ Bench of the Constitutional Court on an application for confirmation of an order of constitutional invalidity granted by the Western Cape Division of the High Court.

The order passed by the High Court

The High Court declared unconstitutional sections 4(b) and 5(b) of the Drugs Act and sections 22A(9)(a)(i) and 22A(10) of the Medicines Act “only to the extent that they prohibit the use of cannabis by an adult in private dwellings where the possession, purchase or cultivation of cannabis is for personal consumption by an adult”.

The High Court’s basis for declaring the provisions constitutionally invalid was that they were inconsistent with the right to privacy when an adult uses or is in possession of, or, cultivates, cannabis in a private dwelling or at home for his or her consumption in private.

The Judge in the High Court explained in the judgment that “The point of this judgment is that there are a multitude of options available to fight this problem as opposed to the blunt use of the criminal law. It is precisely for this reason that this Court contends that less restrictive means must be employed to deal with the problem, a conclusion clearly advocated in the position articulated by the Central Drug Authority cited earlier.”

The issue before the Constitutional Court was whether the impugned provisions limit the right to privacy as held by the High Court and, if they do, whether that limitation is reasonable and justifiable in an open and democratic society based on human dignity, equality and freedom taking into account the factors listed in section 36(1) of the South African Constitution.

The State defended the provisions in the interests of “the health, safety and psychological well-being of persons affected by the use of cannabis”. In this regard, the Court referred to the report of the South African Central Drug Authority that indicated, that, among alcohol, tobacco and cannabis “alcohol causes the most individual and social harm …”.

The Court also referred the World Health Organization (WHO) report that states that “the adverse health and social consequences of cannabis use reported by cannabis users who seek treatment for dependence appear to be less severe than those reported by persons dependent on alcohol or opioid.” Moreover, it was also noted that there are many democratic societies based on freedom, equality and human dignity that have either legalised or decriminalised possession of cannabis in small quantities for personal consumption.

The Constitutional Court agreed with the High Court and said that “the right to privacy entitles an adult person to use or cultivate or possess cannabis in private for his or her personal consumption. Therefore, to the extent that the impugned provisions criminalise such cultivation, possession or use of cannabis, they limit the right to privacy.”

The effect of the judgment is as follows:-

The operation of the judgment has been suspended for 24 months to afford Parliament an opportunity to correct the constitutional defect in the impugned provisions as identified in the judgment. However, during the period of suspension, the police cannot arrest or charge any adult person in use or possession or cultivation of cannabis for personal consumption in private.