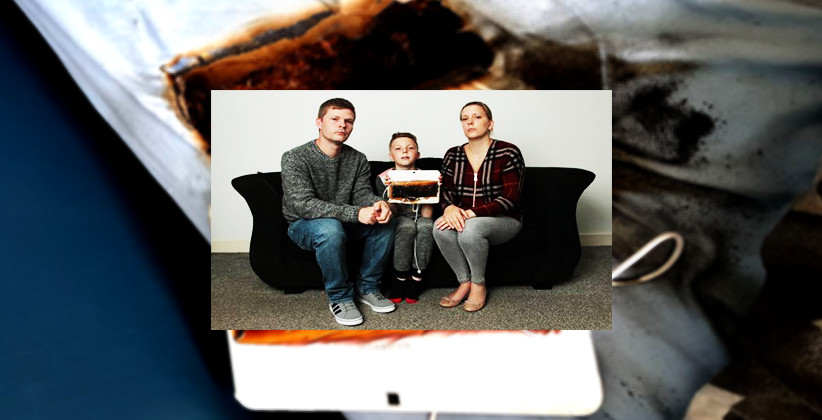 A Samsung tablet reportedly overheated when left on charge for over nine hours, leading to its battery exploding and burning a deep hole through the bed on which it was kept.

As per reports, 11-year-old Callum Hewkin seemingly made a miraculous and lucky escape, given that he is said to have been asleep inches away from the tablet.

According to media sources reporting from the spot of the incident, the overheated battery of the tablet exploded and simultaneously burnt a deep hole into the mattress and the bedding, which further reinstates how fatal an accident could it have been.

The Hewkin family, who hails from Keepers Close in Burntwood, Staffordshire in UK, has undergone considerable stress and anxiety owing to the incident. While the exact model number and make of the Samsung tablet has not been disclosed, the charging cable and wall adapter is believed to have largely survived the power surge that may have caused the device to overheat.

The incident leaves a big question as to the safety of Samsung devices when the memories of the exploding battery in the infamous Samsung Galaxy Note7 is still quite fresh.

The company is yet to issue a statement to the press, and explain the course of action that it might take in order to resolve this issue.