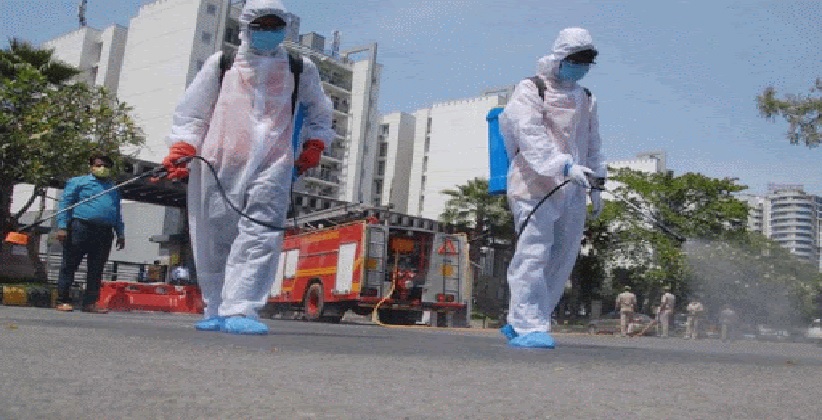 According to scientists, humidity affects the behavior of microorganisms within the virus droplets and survival or inactivation of the virus on the surfaces.

They said it also influences the role of dry indoor air in the airborne transmission of viruses.

"If the relative humidity of indoor air is below 40 percent, the particles emitted by infected people absorb less water, remain lighter, fly further through the room, and are more likely to be inhaled by healthy people," Ahlawat explained.

"In addition, dry air also makes the mucous membranes in our noses dry and more permeable to viruses," he said.

The scientists believe the new findings are particularly important for the upcoming winter season in the northern hemisphere when millions of people will be staying in heated rooms where the temperature has to be increased to tackle the respective weather.

"Heating the fresh air also ensures that it dries. In cold and temperate climate zones, therefore, the indoor climate is usually very dry during the heating season. This could encourage the spread of coronaviruses," said study co-author Alfred Wiedensohler of TROPOS.

At higher humidity, the scientists said droplets grow faster, fall to the ground earlier, and can be inhaled less by healthy people.

"A humidity level of at least 40 percent in public buildings and local transport would therefore not only reduce the effects of Covid-19 but also of other viral diseases such as seasonal flu. Authorities should include the humidity factor in future indoor guidelines," added study co-author Sumit Kumar Mishra of CSIR - National Physical Laboratory in New Delhi.

For countries in cool climates, the scientists recommend a minimum indoor humidity.

They said countries in tropical and hot climates, on the other hand, should take care that indoor rooms are not extremely undercooled by air conditioning systems.

This practice can increase the chance of getting affected.

When air is extremely cooled, it dries out the air and the particles in it, making people inside the room feel comfortable, but the dry particles will remain in the air for a longer duration, the researchers warned.