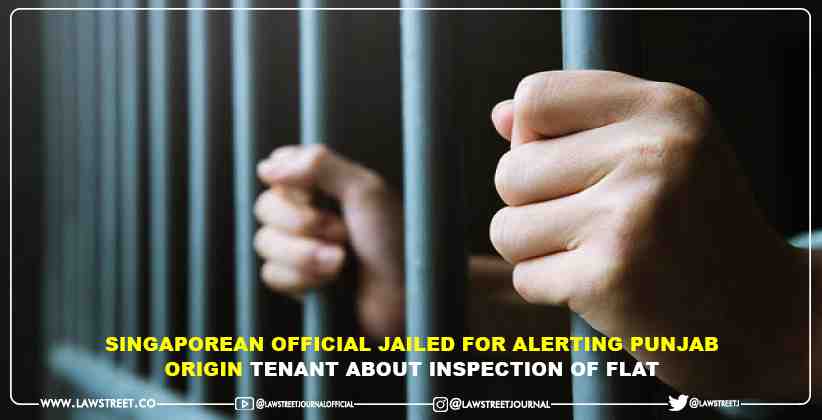 An Indian origin Singaporean working as an inspection officer with a public housing authority, was sentenced to 25 days in prison for alerting an Indian tenant about the possibility of his house being checked on suspicions of overcrowding in his flat.

Kalayarasan Karuppaya, who was suspended from his duties with the Housing and Development Board (HDB) since January 25 last year, pleaded guilty on 27th September to two charges of violating the Official Secrets Act, 1923 by communicating information about the upcoming inspection to Damandeep Singh about his rented unit.

The accused didn’t have the authority to disclose such information to the 22-year-old tenant, Channel News Asia reported.

Together with five others, Damandeep was a registered tenant in the unit in question, Thiam said, noting the maximum number of people allowed to stay in the unit is six. A total of 12-13 people were staying in the flat at a given point in time, although Karuppaya was not aware of these facts.

The HDB received complaint of overcrowding and the police found the unit overcrowded on two visits, August 24 and September 4, 2019 with almost 18-19 other occupants when Damandeep was registered as a tenant.

Damandeep and some of the other registered tenants illegally sublet the unit to more tenants, in breach of the HDB rules