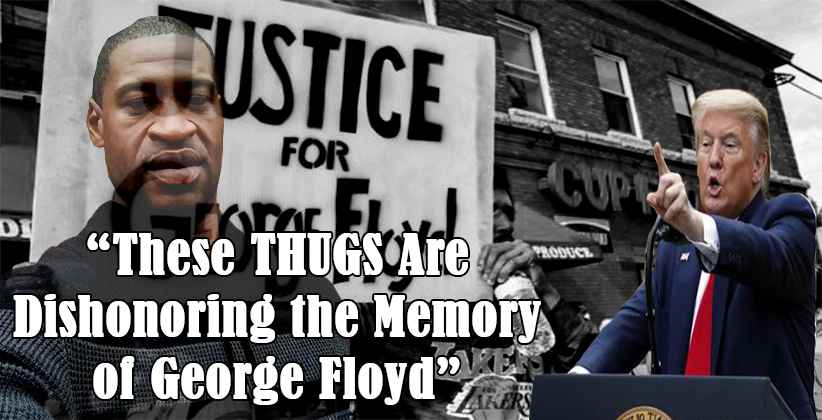 George Floyd was an African-American man who had died on May 25, 2020, after Derek Chauvin, a white Minneapolis police officer (Minneapolis is a major city in Minnesota that forms "Twin Cities" with the neighboring state capital of St. Paul), knelt on Floyd's neck for approximately seven minutes while he was handcuffed and lying chest down on the road. After approximately five minutes, Floyd had stopped moving. Other Officers Thomas Lane and J. Alexander Kueng had also helped restrain Floyd, while officer Tou Thao was standing nearby to obscure the view of onlookers and cameras.

The incident of his tragic death had occurred during an arrest of Floyd in Powderhorn, a neighborhood south of downtown Minneapolis, Minnesota, and was recorded on cell phone video by many bystanders. The video recordings showed Floyd repeatedly saying, "I can't breathe," and they were widely circulated on social media platforms and broadcast by the media. Reportedly the four officers involved were fired the next day.

On May 27, 2020, misinformation targeting Police Officer Chauvin began to circulate on social media, with particularly prominent claims that Chauvin was the subject of a photo wearing a "Make Whites Great Again" hat and that Chauvin was onstage with Donald Trump at a political rally.

Interestingly on May 28, the United States Department of Justice had released a joint statement with the Federal Bureau of Investigation saying they had made the investigation into Floyd's death "a top priority." They stated to have assigned experienced prosecutors and FBI criminal investigators to the matter. They further remarked, “If it is determined that there has been a violation of federal law, criminal charges will be sought."

On the very day of this death, as the day progressed, more people showed up to demonstrate against Floyd's death at the site of Floyd's death on Chicago Avenue. Hundreds of people had then started marching to the 3rd Precinct of the Minneapolis Police. Participants were using posters and slogans with phrases such as "Justice for George", "I Can't Breathe", and "Black Lives Matter".

Minneapolis city councilor Andrea Jenkins, who represented Ward 8, where the incident occurred, was quoted as saying: "My heart is breaking for the tragic loss of life last night near 38th and Chicago. Our community continues to be traumatized again, and again and again. We must demand answers."

The mayor of Minneapolis, Jacob Frey had also stated before the press as follows: "Being black in America should not be a death sentence. For five minutes, we watched a white officer press his knee into a black man's neck ... When you hear someone calling for help, you're supposed to help. This officer failed in the most basic, human sense."

On the contrary, the local police union had expressed support of the officers involved, saying: "The Police Officers Federation of Minneapolis will provide full support to the involved officers." They also urged the public to remain calm, saying: "Now is not the time to rush to judgment and immediately condemn our officers."

In one of the major developments, the University of Minnesota announced on May 26, 2020 that it would be limiting ties with the Minneapolis Police Department and would no longer contract the local police department for assistance at major events.

Former NBA star Stephen Jackson had also said that he was ‘destroyed’ by the death of his ‘twin’. NBA star and Geroge both used to call each other “Twin” and they were childhood friends.

On his death day, peaceful protesters turned violent and the chaos that followed prompted state and local officials to plea for peace. “Please, Minneapolis, we cannot let tragedy beget more tragedy,” Mayor Jacob Frey had said in a late-night statement. The mayor was compelled to request help from the state’s National Guard amid the second night of disruption.

Sitting along with Attorney General William P. Barr, President Trump on May 27, 2020 said that he and Barr had just discussed Floyd’s killing privately and were committed to having the FBI “take a very strong look … to see what went on because that was a very bad thing that I saw.”

Buses and light rail were suspended by Twin Cities area’s main public transport operator over safety concerns in the aftermath of largescale protect and damage to the property.

The House Judiciary Committee on May 28, 2020 had called on the Justice Department to investigate whether the death of George Floyd was part of a “pattern or practice of unconstitutional conduct” by the Minneapolis Police Department. Interestingly all the committee’s Democrats signed the letter, which called Floyd’s death “the latest in a string of high profile and outrageous extrajudicial killings of African Americans suspected of committing minor criminal violations.”

On May 29, 2020, U.S. Attorney for Minnesota Erica MacDonald has said the Justice Department has made the investigation into George Floyd’s death a top priority, assigning “the highest of the high” to work on it.

In one of the major developments, A large group of protesters had breached the Minneapolis Police Department’s 3rd Precinct station just after 11 p.m. on May 28,2020 after officers evacuated the building. Some demonstrators entered the station as others set fires outside, launched fireworks and chanted “No Justice, No Peace.” A large fire had later engulfed barricades outside the precinct and spread into the front of the building.

A spokesperson for the Minneapolis Police Department had said that its officers had left the building “in the interest of the safety of our personnel.” By midnight, hundreds of demonstrators had gathered outside, with no sign of police nearby.

Lashing out at Minneapolis protesters, Trump had tweeted that, “These THUGS are dishonoring the memory of George Floyd.”

He also tweeted that “I can’t stand back & watch this happen to a great American City, Minneapolis. A total lack of leadership. Either the very weak Radical Left Mayor, Jacob Frey, get his act together and bring the City under control, or I will send in the National Guard & get the job done right....”

Mayor Jacob Frey had retorted with his tweet saying “Weakness is refusing to take responsibility for your own actions. Weakness is pointing your own finger at someone else during a time of crisis.”  He further tweeted that “Donald Trump knows nothing about the strength of Minneapolis. We are strong as hell.”

One of the protesters while setting fire to the police station was quoted saying ‘We’re actually taking action, showing our anger’.