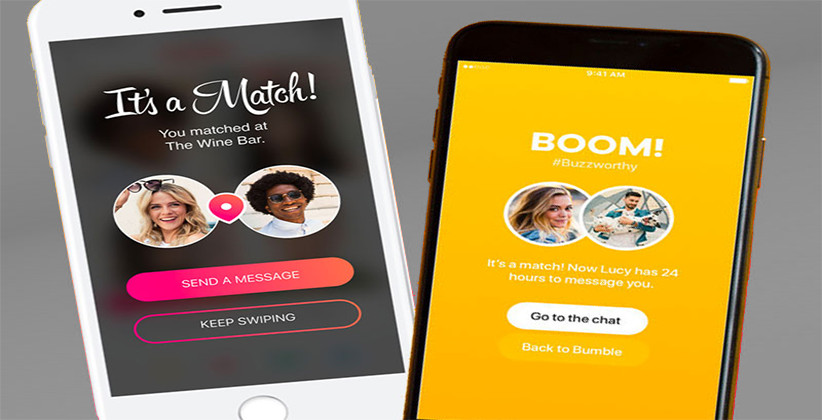 The US House Oversight and Reform subcommittee as reported on February 1, 2020 is investigating popular dating services mobile application Tinder and Bumble for allegedly allowing minors and sex offenders to use their services. They are further investigation Grindr as well. The subcommittee is seeking information on users’ ages, procedures for verifying ages and any complaints about assaults, rape or the use of the services by minors. It is also asking for the services’ privacy policies and details on what users see when they review and agree to the policies. It also seeks information on what data is collected on people, including sexual orientation, drug use and political views.

Besides safety issues, the investigation is also seeking to address concerns about data services request to make matches. Such information may include sexual orientation, gender identity, political views and drug, alcohol and tobacco use.

The Chairman of the subcommittee, Rja Krishnamoorthi sent letters to the Match Group Inc., the parent company of major dating apps, seeking information related to the report of the failure of effective screening of underage users that leads to the creation of dangerous and inappropriate situations. The report Krishnamoorthi referred to was from the investigation conducted by ProPublica, BuzzFeed, and Columbia Journalism Investigations last year. They found that more than 150 instances of sexual assault involving dating apps, and approximately 10 percent involved users being matched with dates who had previously been accused or convicted of sexual assault.

Dating services will have to hand over information on the age of its users, the procedure it takes to verify ages, and any complaints raised by users regarding assault, rape, or use by minors.

At the time of the report, a Match Group spokesperson called the report “disingenuous” and “inaccurate,” though declined to comment on any specific facts reported in the story. However, the statement did say that Match Group didn’t collect enough data on its free users to conduct meaningful background checks.

Match Group said it uses “every tool possible” to keep minors and bad actors off its services and continues to invest in technology to keep users safe. In an emailed statement, the company said the problem was broader and requires other parties, including app stores that know who their users are, “to do their part as well.” It added that the national sex offender registry needs to be updated so that perpetrators’ digital footprints can be tracked and blocked by social media and dating services.

Bumble, Grindr, The Meet Group and the Match Group, which owns such popular services as Tinder, Match.com and OkCupid, are the current targets of the investigation by the US House Oversight and Reform subcommittee on economic and consumer policy.

Although the minimum age for using internet services is typically 13 in the US, dating services generally require users to be at least 18 because of concerns about sexual predators.

The subcommittee cited a report by a Norwegian consumer group this month that found that dating apps including Grindr, OkCupid and Tinder had leaked personal information to advertising tech companies in possible violation of European data privacy laws. The Norwegian Consumer Council said it found “serious privacy infringements” in its analysis of how online ad companies track and profile smartphone users. In response to that report, Match had said that it shares information with third parties only when it is “deemed necessary to operate its platform” with third-party apps. The company said it considers the practice in line with all European and US regulations.

Currently, the investigated dating apps have not immediately responded to the subcommittee requests, but it is yet another reminder of the realities of free apps and how the law struggles to keep up with regulating big tech firms.