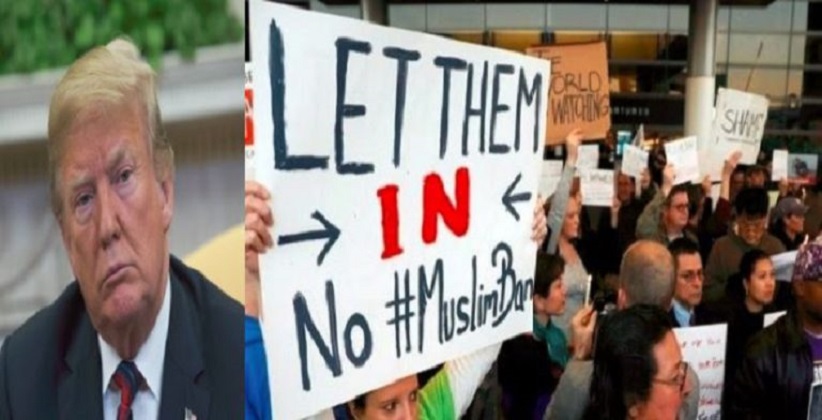 The U.S. Supreme Court on Tuesday upheld President Donald Trump’s travel ban targeting several Muslim-majority countries. The ruling of the top court came as a major victory to the Republican leader after a long legal battle.

The ruling, by 5-4 Conservative-driven majority, came after lower courts have struck down the earlier three versions of the president’s travel ban.

The court, rejecting the argument that the travel ban represented unconstitutional religious discrimination held that the most recent version of the ban doesn’t violates either U.S. immigration law or the U.S. Constitutions’ First Amendment prohibiting the government from favouring one religion over another.

Chief Justice John Roberts giving the majority opinion wrote that “In short, the language…is clear, and the Proclamation does not exceed any textual limit on the President’s authority.” “The government has set forth a sufficient national security justification to survive a rational basis review. We express no view on the soundness of the policy.”

The latest version of the ban announced in September prohibits entry into the U.S. of people from Iran, Libya, Somalia, Syria, and Yemen.

Soon after the ruling, the White House issued a statement in which Mr. Trump labelled the ruling as “a tremendous victory for the American people and the Constitution.”

The ruling affirmed the broad powers of the executive over who is allowed to enter the country.