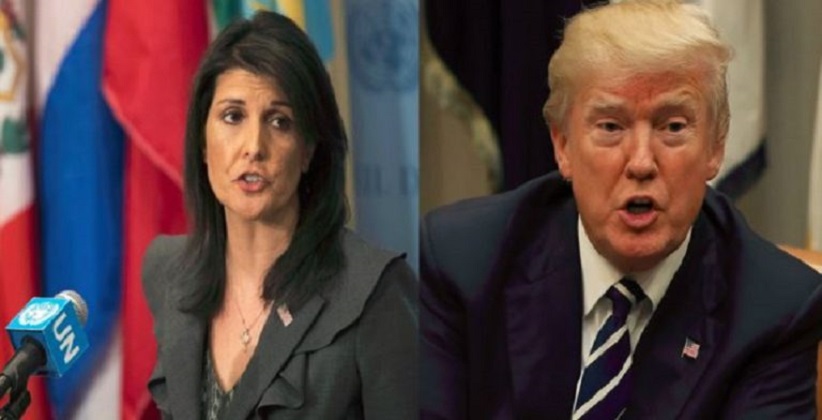 On Tuesday, June 19th, 2018 the United States has announced its decision to withdraw from the United Nations Human Rights Council (UNHRC) terming it “hypocritical and self-serving.”

The decision has been announced by U.S. Secretary of State Mike Pompeo and U.S. Ambassador to the United Nations Nikki Haley blaming the UNHRC for bias against Israel and refusing to eject members who are violators of human rights.

“For too long, the Human Rights Council has been a protector of human rights abusers, and a cesspool of political bias.” Nikki Haley said at the State Department in Washington.

Further, she said that the decision was an affirmation of U.S. respect for human rights, a commitment that “does not allow us to remain a part of a hypocritical and self-serving organization that makes a mockery of human rights.” “Look at the Council membership, and you see an appalling disrespect for the most basic rights.”

Earlier, Ms. Haley said a year ago that Washington was reviewing its membership and called for reform and elimination of a “chronic anti-Israel bias.”

President Donald Trump’s administration has been targeting global organizations and treaties for quite some time. This would be the latest step towards it after it pulled out of the Paris climate agreement and the Iran nuclear deal.

The decision came against the backdrop of global criticism of President Donald Trump’s immigration policy of separating children from parents illegally crossing the southern border of the U.S. UN high commissioner for human rights, Zeid Ra’ad al-Hussein has termed the policy as “unconscionable” and asked to halt it.

The 47-member council was founded in 2006. Then President George W. Bush was dismissive of the body. Thereafter, the U.S. joined the body in 2009 under the administration of President Barack Obama for a maximum of two consecutive terms. After a year off, Washington was re-elected in 2016 for its current third term.