UK Says No To European Copyright Law; Countermeasure To Controversy Created By Article 13 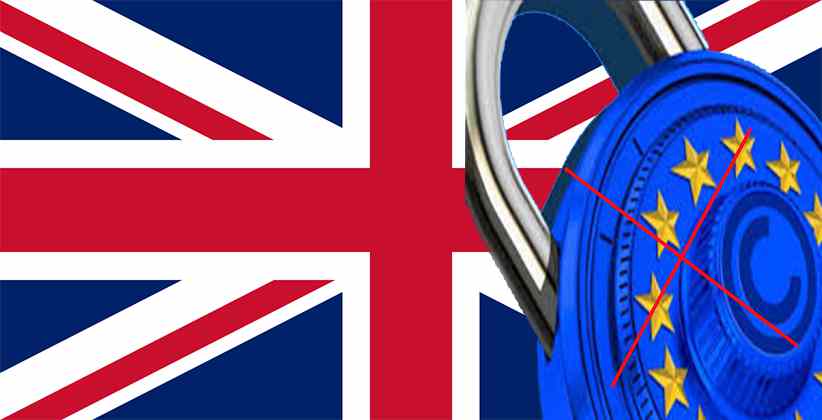 According to the British Broadcasting Corporation (BBC), Universities and Science Minister Chris Skidmore indicated that although the UK was one of the 19 countries that initially supported the rule, it would not take it after Brexit. The Copyright Directive passed in September 2018, mandates that social media companies such as Facebook and YouTube be held responsible on their respective platforms for unlicensed copyright material.

Critics were shocked at his heavy-handed nature when the legislation was first formulated. Some thought it would curb innovation on the internet as many memes and videos use copyrighted content, but an exemption added to the law last year permitted the use of copyrighted content “for quotation, critique, analysis, satire, parody and pastiche purposes.”

Many claimed that tech companies would be unable to comply with the law, with massive restrictions placed on EU consumers. Susan Wojcicki, of YouTube, said that users in the countries affected could be cut off from the video sharing site, while Google said similar laws could result in Google News being shut down.

The change amounts to a somewhat surprising U-turn, as the United Kingdom was among the 19 nations that initially supported the law, back in April 2019 at a vote of the European Council. At the moment, it had every chance to stop the regulation, says Julia Reda, a former Member of the European Parliament for Germany's Pirate Party.

“As has quite often happened in the Brexit debate, you get the impression that EU legislation just falls from the sky and is imposed on the British people,” she says. “But that's not the case – the UK has always been a very powerful player in the EU, due to its size, and it would have been able to simply block the adoption of the copyright directive.”

In March 2019, Prime Minister Boris Johnson tweeted “The EU’s new copyright law is terrible for the internet. It’s a classic EU law to help the rich and powerful, and we should not apply it. It is a good example of how we can take back control.”

Notwithstanding this, the PM's rationale is hard to intuit. “The Government remains committed to high standards of copyright protection, but our impending withdrawal from the EU means that the UK will not have to enforce the Copyright Directive,"says a spokesperson for the Intellectual Property Office. "It will accept any future changes to the UK copyright system as part of the domestic policy process.”

That said, large music publishers would be a significant beneficiary of the legislation, which have often been too trigger-happy with copyright claims. Musicians and news organizations falsely alleging copyright took down recordings of birds chirping, the sound of white noise, and NASA's images from YouTube. Of course, one could also argue that those failures lie at YouTube's feet for not scrutinizing such statements rigorously, so the reasons for and against such legislation remain bleak.

On a systemic scale, though opponents of the Article 13 law argue it limits the free passage of information on the internet, and may see this decision by the UK government as the right one, the country is not always the biggest advocate of a fully open web.

Google had campaigned fiercely against the changes, arguing they would“harm Europe's creative and digital industries” and “change the web as we know it”.