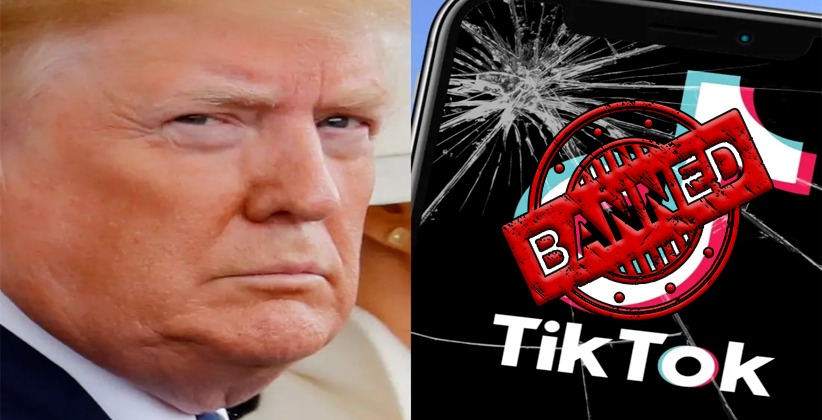 POTUS has signed executive orders banning popular Chinese apps including TikTok and WeChat. The ban is imposed in the light of national security and to the country’s economy. President Trump has said in his two separate executive orders that the said order will come into effect in 45 days. Earlier, India had also banned the use of TikTok and other Chinese Mobile apps throughout the country citing national security concerns.

The order was issued under the International Emergency Economic Powers Act (IEEPA), 1977, this grants the administration to bar the U.S. firms and citizens from trading or conducting financial transactions with the sanctioned parties. The President calls these bans in response to the concerns of the Chinese Communist Party retrieving private data of American citizens from these apps. The order also directs all departments and agencies to take all appropriate measures within their authority to implement the order.

“This data collection threatens to allow the Chinese Communist Party access to Americans' personal and proprietary information. In addition, the application captures the personal and proprietary information of Chinese nationals visiting the United States, thereby allowing the Chinese Communist Party a mechanism for keeping tabs on Chinese citizens who may be enjoying the benefits of a free society for the first time in their lives”.

On August 2nd, Microsoft had announced a deal with ByteDance to buy TikTok in “the United States, Canada, Australia, and New Zealand.” As per the Reuters report, President Trump had given 45 days ultimatum for Microsoft to finalize the deal.

In a communique to the Congress, President Trump said, "WeChat, like TikTok, also reportedly censors content that the Chinese Communist Party deems politically sensitive and may also be used for disinformation campaigns that benefit the Chinese Communist Party". He added, "At this time, the order takes action to address one mobile application, in particular, TikTok,"

Last week, the U.S. Secretary of State, Mike Pompeo had accused TikTok of collecting private information of the American citizen.

Recently, many actions have been taken by the U.S. government against China and its administration for human rights abuses against China’s Uighur minority, alleged security concerns against telecom company Huawei, and so forth.